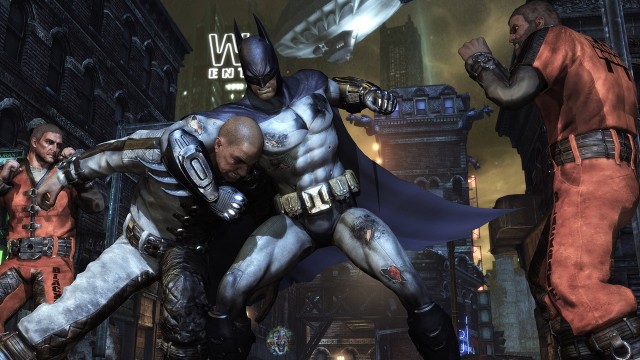 Not that you would know it from looking at the list of most popular Xbox 360 games among Xbox Live users.

The list, published by Xbox Live Director of Programming Larry Hyrb, otherwise known as Major Nelson, details the 20 games with the highest number of unique users during 2011, based on figures from Xbox Live Gold and Silver members.

Not one of the titles mentioned in the opening paragraph of this article made the list, which is almost exclusively dominated by first-person shooters and sports titles.

The Call of Duty series takes up five slots in the top 20. Even the aging Call of Duty 4: Modern Warfare, released in 2007, proved more popular than four of our VentureBeat games of the year — Portal 2, Batman: Arkham City, Dark Souls and Saints Row: The Third — as well as Dead Space 2, one of our honorable mentions. These acclaimed games were nowhere to be seen on the list.

Alongside the five Call of Duty titles, the Battlefield series registers three entries, and Halo and Gears of War each account for two spots. The sports side of things is covered by FIFA 11 and FIFA 12, alongside NBA 2K11 and Madden NFL 12. Forza 4 is the sole representative of the racing genre, with Skyrim proudly flying the RPG flag. Finally, two Rockstar titles make it on the list: 2008’s GTA IV, and 2010’s Western epic Red Dead Redemption.

Somewhat surprisingly, only seven of the titles on the list were actually released in 2011, and one of those was the largely disappointing Beta test for Battlefield 3. This can either be seen as a testament to the longevity of the multiplayer aspects of games such as Halo 3, or a sad indictment on the failure of the gaming public to connect with some genuinely outstanding games.

Now, don’t get me wrong, I enjoy playing first person shooters, and can sometimes be been seen kicking a virtual ball around in FIFA. However, it is unfortunate to see that some of the more creative games being released are failing to register with a mainstream audience. Instead, the attention of the gaming public seems overly focused on a small number of established franchises, some of which appear stuck in a yearly release cycle where nothing much changes, apart from a number.

You can take a look at the full list of games below. Bear in mind that this list is based on unique user numbers, so hasn’t been skewed by individuals clocking up hundreds of hours of multiplayer time on particular titles.

The list only tracks games being played while users are signed in to the Xbox Live network, so some games could be played offline and not register. Most modern console games have some online aspects which require a Live connection though, be they scoreboards, co-op features or messaging systems. The presence of Skyrim at number 6, a staunchly single player experience, indicates that other such games would have made the list if they were being played in sufficient numbers.

After reading Major Nelson’s list, you might want to go and play some Rayman Origins. Seriously, it’s great.