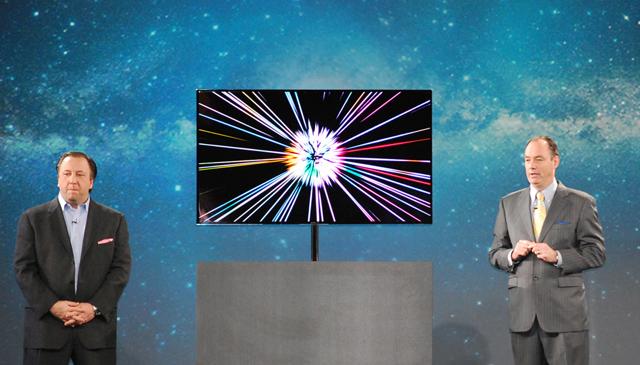 Samsung is quickly beginning to generating Apple-levels of hype at the Consumer Electronics Show.

Last year’s Samsung’s CES press conference was a complete madhouse, and this year was no different. Today at the Las Vegas tradeshow, Samsung showed off a major update to its Smart TV lineup, which will bring a slick new interface, as well as motion and voice controls to the platform.

Boo-keun Yoon, president of Samsung’s consumer electronics decision kicked off the press conference with some bold pronouncements about where the company’s Smart TVs are headed. He said eventually they’ll be able to “Listen, See, and Do” without any interaction with a remote control.

The company then played a quick demo video that showed off motion control capabilities — bringing Kinect-like controls directly to the TV. 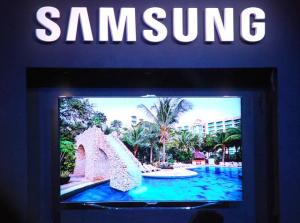 Tim Baxter, president of Samsung America. introduced the Samsung ES8000 Smart TV, which sports a dual-core processor and support for multitasking, as well as a built-in camera and microphone. It’ll also sport a revamped Smart Hub with a “cleaner, more intuitive design” for navigating and finding apps. Oh, and there’s a new U-shaped stand as well, which managed to get a few gasps from the CES crowd.

Baxter also announced that the Angry Birds game will be available on its Smart TV platform, as well as a free channel featuring Angry Birds cartoons.

Samsung is introducing new signature services, like Family Story, which will let families collect photos and memories across mobile devices. The aforementioned voice and motion recognition will be part of the company’s “Smart Interaction” services, which also includes face recognition capabilities. Samsung will offer an API for the Smart Interaction controls that will let developers create apps that take advantage of them.

The company’s 2012 lineup of televisions will also feature rear upgrade slots, which will allow you to plug in faster hardware down the line. Baxter said the upgrade hardware that plugs into the TV sets will be available in 2013, but otherwise he didn’t have many details to share on how the upgrade process works.

Last, but certainly not least, Samsung showed off its “Ultimate TV,” a 55-inch set running eye-blistering Super OLED technology. The company says it produces 90 percent of all OLED displays at the moment, and the Ultimate TV will be among the first at such a large size.