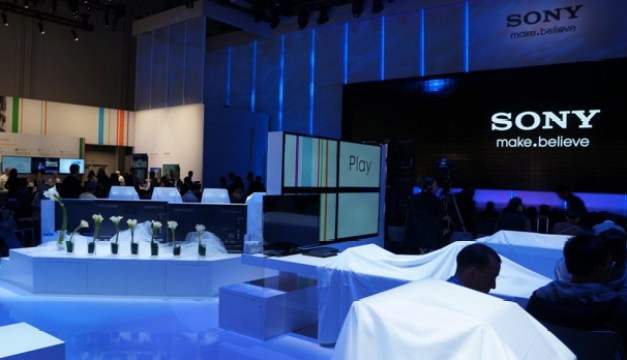 Sony kicked off its CES press conference today with a stunning montage of 3D projected footage, which not only set the tone for the electronics giant’s presentation, but also made this writer desperately want a new 3D projector.

Sony CEO Sir Howard Stringer didn’t waste any time with bold proclamations when he stepped on stage. He said that Sony will deliver more than 300 million connected devices to consumers in the next three years, which includes everything from smart TVs to the upcoming PlayStation Vita handheld. 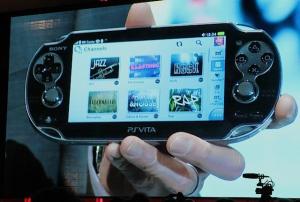 Shockingly, Hirai also said the Music Unlimited will be available at launch for the PlayStation Vita in the U.S.

Hirai showed off a new service called PlayMemories that will work across multiple Sony device to share photos and video. Basically, it looks like Sony’s version of Apple’s iCloud Photostream, with the big benefit of being accessible on the PlayStation 3.

On the topic of games, Hirai said that 6.5 million units of all PlayStation systems were sold to users worldwide. As of January 5th, the PlayStation Vita has sold more than 500,000 units since its December 16, 2010 launch in Japan. Hirai also assured the audience that Netflix is working to support the Vita when it launches in the U.S. 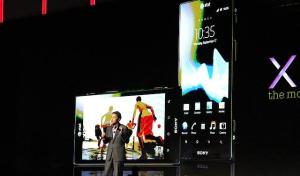 Following Sony’s buyout of Ericsson from their joint mobile venture, the company is now renaming its mobile arm Sony Mobile Communications, Hirai announced. Future smartphones and tablets from the company will bear the Sony brand, not surprisingly.

Hirai unveiled two of the company’s new smartphones: the Xperia Ion, its first 4G phone (which AT&T announced this morning as an exclusive), and the thin Xperia S. The Ion will be available on AT&T in Spring, and the Xperia S will launch globally in March.

On the TV front, the company has a new Google TV set-top box with Blu-ray capabilities in the works, as well as a stylish new Google TV remote with a built-in mic for voice commands. To make Internet content look better on big screens, Sony’s new Xreality Pro engine will process web video to get rid of compression artifacts. The company also has new ultra-light 1.3 ounce 3D glasses on the way made out of titanium. 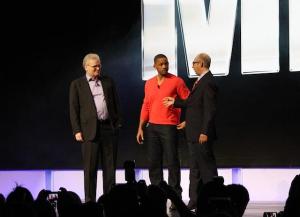 Changing gears yet again (this happens a lot in big company press conferences), Sony discussed 4K technology, which it touts as having “more than four times” the resolution of 1080p HD content. The company’s projectors are powering 4K screens in over 10,000 theaters worldwide.

Sony then trotted out Men in Black III star Will Smith and director Barry Sonnenfeld. (Putting on my movie critic hat for a second, this movie doesn’t have a chance folks.)