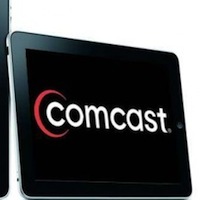 Cable television provider Comcast has released more details about its new AnyPlay service, which allows you live stream TV on your iPad as well as a few other Internet-connected devices.

AnyPlay won’t replace or compete with the company’s Xfinity TV iOS application or web browser offerings for one simple reason: Comcast subscribers will need a separate set-top box connected to an Internet router to take advantage of live streaming via a tablet computer.

If you aren’t in range of the router, your device won’t be able to use the AnyPlay feature — meaning, you can pretty much only get live TV on your iPad at home or from other locations where you already watch live television on an actual TV set.

I’ll admit, when we covered rumors about AnyPlay back in September, I thought the service sounded pretty worthless. However, others pointed out that having a smaller, portable television screen might be useful in certain situations, such as watching sports outside during a nice day or keeping the kids occupied in another room if they didn’t want to watch whatever was on television.

The AnyPlay service will compete with similar offerings from Cablevision, Time Warner Cable and most recently Dish TV. The actually device that makes AnyPlay work is free, but it’s only available to customers who subscribe to Comcast’s Triple Play (combo Internet, television and phone service). Right now, the company is testing it in Denver and Nashville, Tenn., but plans to expand into more cities in the future.