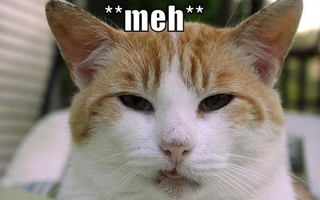 Don’t let the good times roll just yet, Silicon Valley: Analysts at Dow Jones are saying the effects of the 2008 economic crash still haven’t worn off for venture capitalists.

While U.S. VC funds finished the year with a strong fourth quarter of fundraising, funds raised by VCs during 2011 came in at barely more than half of the 2008 total.

“The industry has not yet bounced back from the recession,” said a Dow Jones spokesperson in an email.

The numbers for 2011 were slightly higher than those from 2010 (by 5 percent, to be exact), though that was largely driven by activity in early-stage funds.

All told, 135 U.S. venture capital funds raised $16.2 billion, representing a 12 percent decline in the number of funds raised this past year. Fundraising for the fourth quarter alone came to $5.2 billion — that’s more than the total funds raised during the second and third quarters put together.

While the state of VC fundraising in the U.S. could best be described as “meh,” the story in Europe was even less positive.

We asked Dow Jones for some historical context — just how much have funds dipped and surged since the 2008 crash?

“You’ll see that investment in early-stage and multi-stage funds dropped significantly between 2008 and 2011,” said a company representative, who kindly provided us with data for the graphs we’ve created below.

“Later-stage funds, however, are faring better in terms of capital collected having raised $4.7 billion in 2011 versus $3.9 billion in 2008,” the rep concluded. “The drop in the number of funds collecting capital is also notable and shows consolidation in the industry. In 2008, 205 funds won commitments from LPs. In 2011, 135 funds won commitments.” 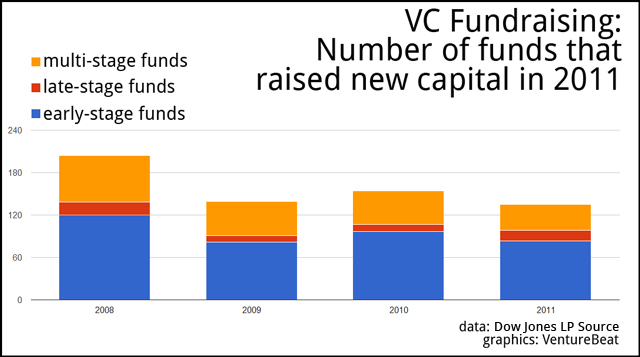 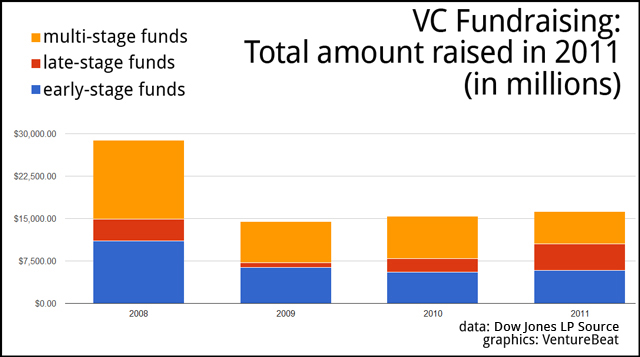 “While brand-name firms are able to raise funds, most firms face significant challenges in fund-raising,” said VentureWire editor Zoran Basich in a statement.

“Limited partners remain wary of the industry after a decade in which returns have not matched expectations. Unless that changes, limited partners are likely to stick with what they view as the tried-and-true fund managers.”