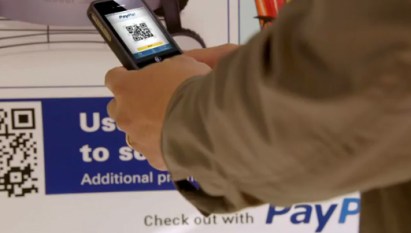 If you need one example that epitomizes the massive potential in mobile payments, you need only look at PayPal.

Putting the figure in an even crazier perspective, tallied up a mere $141 million in mobile payments in 2009.

Marcus tells me that the company initially expected to earn $1.5 billion from mobile payments last year — so reaching $4 billion was quite the happy surprise. He attributes the massive growth to an overall increase in mobile commerce, more useful mobile payments apps blending online and offline capabilities (PayPal is one of the most popular ways for Starbucks customers to top off their in-store credit via its app), as well as a massive uptick in iPad-based e-commerce.

PayPal just recently announced that it’s testing in-store payment capabilities at Home Depot, which allows customers at Home Depot stores to pay for purchases using their PayPal account, either through a pin code or a special PayPal card. Marcus believes that partnerships like this will increase the company’s mobile payment earnings even more in the future.