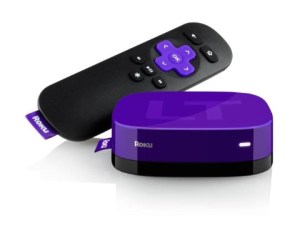 Following Netflix’s lead, Roku has launched its line of streaming media set-top boxes in the UK and Ireland today.

The company’s set-top boxes allow people to stream over 350 channels of content from video, music, social and gaming services — provided they have a television set to hook a box up to. Some of the more popular Roku channels in the U.S. include Crackle, Pandora Radio, Last.fm, Hulu Plus, Amazon Prime Instant, Facebook, Flickr and many others.

The move makes sense for Roku, since its largest media partner, Netflix, launched its streaming service into the UK and Ireland Monday. Furthermore, Netflix has been an integral part of Roku’s success since launching in 2008. The partnership helped Roku sell over a million set-top boxes last year. It’s no wonder that the company has waited until now to enter international markets, as I mentioned in a previous report.

But while Roku may owe a lot to Netflix, it’s by no means the only media partner that the company will likely pursue within the UK — especially since many of Roku’s popular U.S. channels aren’t necessarily available abroad.

One big possibility is that the Amazon-owned Netflix competitor LoveFilm will make its way to the set-top boxes via its own branded channel. Roku already has a relationship with Amazon in the US, and the Roku boxes are available for pre-order through Amazon’s UK site, (which Roku even mentions in the press release).

It’ll be interesting to see how this plays out.