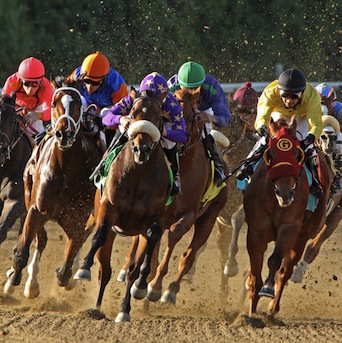 Last week I looked at the revolutionary products that will change the tech sector this year. This week, I’d like to give you a preview of several key trends we’ll be following carefully at VentureBeat in 2012.

It’s fitting that I’m writing this while sitting on the floor of a carpeted hallway in the Venetian Hotel in Las Vegas, shoulder to shoulder with hundreds of other journalists and bloggers who are waiting to get into a press conference here at the Consumer Electronics Show.

It also causes more bellyaching among bloggers and members of the press than any other show.

This year, several writers I know and like posted stories about how CES doesn’t matter any more, pointing to the fact that the show rarely produces any blockbuster hits. Some of the biggest players in this industry don’t tie their product announcements to CES, and one — Apple — has never even had a presence of any kind.

Add to that the announcement that Microsoft will no longer be delivering the show’s major keynote, and it’s easy to jump to the conclusion that CES is dying.

That conclusion would be wrong.

CES is and always has been a buyer’s show, first and foremost. It’s where buyers for retail stores like Best Buy go to schmooze with sales reps for manufacturers like Panasonic and Sony. Sure, there are lots of new products here, but that’s hardly the point. The point is to put buyers and sellers together in one big, lavish, decadent city, get them all drunk, and then send them home with new purchase contracts in hand.

The press events are important, but they’re a sideshow, and I think that’s why members of the press like to complain about it: We’re not having our asses kissed quite enough.

Plus, CES is big, uncomfortable and noisy. It’s hard to get around the town, the hotels are all packed, the taxi lines are impossible, and you can barely walk a hundred yards without someone bumping into you or stepping on your foot.

Still, it’s where the electronics industry shows off its agenda for the coming year, and even with some significant missing players, CES still matters.

So CES is as good a place as any to get a glimpse of the tech industry’s future direction. As I sit here, borrowing electricity from the Venetian’s power grid and linking myself to the internet via a Verizon MiFi, here are some of the big themes I’d like to focus on in 2012.

Consumer electronics manufacturers have woken up to the fact that people aren’t just sitting in front of the boob tube like slack-jawed couch potatoes anymore.

Instead, we like to hold tablets or smartphones in our lap while watching broadcast TV, digital TV services, media stored somewhere in our own homes or video streamed from the internet. Why can’t we use one device to control the other, browsing videos on YouTube from a tablet and then throwing them up onto a big HDTV, for instance?

The problem is that none of this stuff comes together seamlessly in one place — yet.

It’s a deceptively complicated problem to solve. A large part of the problem is that there are few agreed-upon standards to rally around, and every manufacturer wants to be in the driver’s seat when it comes to integration. Still, I expect many companies to make attempts at solving this problem in 2012, and it will be a fun space to watch.

One dark horse contender will be Apple, which is widely rumored to be planning an Apple television set for early 2012.

It’s a given that nothing in the computer or electronics world is ever fast enough. Whenever our devices increase in speed, the new apps we use suck up all the extra processing power and bandwidth.

Still, several significant advances will play out in the coming year. Quad-core mobile processors like Qualcomm’s new Snapdragon S4, and Nvidia’s Tegra 3 will find their way into tablets and smartphones, bringing these devices ever closer to parity with the processing power on notebooks.

Ultrafast USB 3.0 connections will show up in ever more computers and in smartphones and tablets, so you can sling files from place to place ever faster. Thunderbolt will offer similar blinding speeds and the ability to use a cable to add peripherals, such as graphics cards, that you could only previously add by plugging into a slot inside your computer.

A new flavor of Wi-Fi, 802.11ac, promises four times the speed of current 802.11n networks, or over 1.3Gbps. And 4G networks will be rolling out everywhere, most of them based on the Long Term Evolution (LTE) standard, which now seems to have decisively won out over the competing WiMax standard.

Microsoft’s Windows 8 operating system, due later in 2012, will likely be the consumer tech product that affects more people than any other. With the ability to run on Ultrabooks (the slimline, instant-on notebook specification that Intel is touting), on a variety of processors, and with an interface that promises to be usable on touchscreen devices as well as computers with keyboards, Windows 8 may be Microsoft’s most ambitious reinvention of its operating system since Vista.

As Vista proved, a new version of Windows doesn’t have to be excellent to sell an awful lot of copies. That means that whether or not Microsoft’s grand plans pan out, Windows 8 will be an incredibly significant tech product, and it will be an enormous ecosystem for other tech products.

Windows Phone is also worth watching: With Microsoft’s partnership with Nokia, this is a big chance for both companies to regain relevance in the mobile world. The upcoming Lumia 900 looks like it could be the flagship phone to kick that process off.

Like it or not (and I’m not a big fan of Android), Google’s mobile operating system has a tremendous amount of momentum, having become the most popular smartphone OS in 2011. Expect it to make further market share gains. And, after a year of mostly disappointing Android tablets, manufacturers might finally figure out how to make an Android tablet that’s competitive with the iPad.

Google’s latest version of the OS, Ice Cream Sandwich, should make Android even more compelling for tablets, large smartphones and in-between hybrids. And there’s no question it’s the mobile OS that’s most open to developers — or people who just want to tweak their phones. As the OS irons out the rough edges on its interface (and even adds a cool new Android font, Roboto) and continues to appear in hundreds if not thousands of new devices, we will be closely tracking the evolution of Android.

Consumer cloud services like iCloud and Dropbox get all the attention, but the real money is in enterprise cloud technology. I was reminded of this at VentureBeat’s recent CloudBeat conference, where company after company explained how cloud technologies were making them nimbler, faster and better able to do their business, and at lower cost than traditional enterprise tech.

Because corporations are less price-sensitive than individuals — especially when a technology saves them money — enterprise software companies can get away with charging large amounts for their services, and that’s as true of cloud services as it is for anything else. The result is that the cloud sector is filled with opportunity. It helps that many of the companies serving this space, like Amazon, SuccessFactors, VMware, Box, Twilio and more, are solving real problems.

Groupon just completed a successful initial public offering, which some have taken as a proof point for the viability of this market. A lot of companies are betting on that being true: At last count, there were several hundred Groupon-like deals companies in operation.

I’m a skeptic. I think that collective buying is a noble idea in principle, but in practice it always seems to benefit merchants more than consumers. Read Rocky Agrawal’s skeptical analyses of Groupon and other coupon companies for a deeper and more incisive analysis.

My bottom line? I expect this market to fall apart in 2012, as more and more people see how bogus it is, like the Pet Rock fad in the 1970s.

Still, we’ll be watching closely and chronicling the downs — and ups — of the market that has attracted so much interest.

Think of these not as predictions, but as the direction I’m facing in 2012. Think I’m on the right track? Got something else you think we should be tracking closely at VentureBeat? Let me know — I want to hear from you.