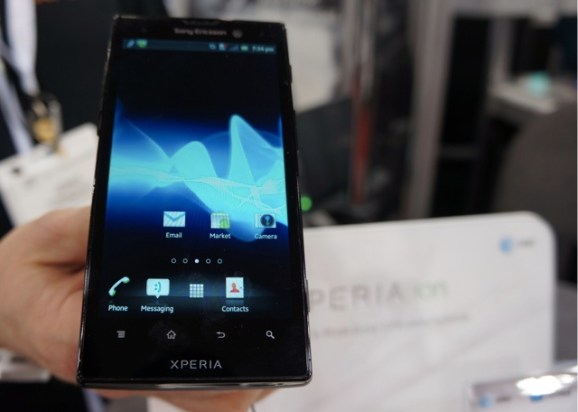 Sony has yet to have a major success with its Xperia line of Android smartphones, but it may have a shot with its two new models, the Xperia Ion and Xperia S, which were announced at the Consumer Electronics Show this week.

The Xperia Ion has the privilege of being the company’s first LTE 4G smartphone, while the Xperia S is a stylish upgrade to the Xperia lineup. Both phones are also branded as Sony devices, instead of Sony Ericsson, the result of the company’s buyout of Ericsson’s share in their mobile partnership.

It’s clear from looking at both phones that Sony is getting more serious about design this time around. Both devices feature interesting angles and look unlike anything else on the market. I’ve always been a fan of Sony Ericsson’s smartphone design in the pre-iPhone era, but now it seems like it’s finally stepping up when it comes to Android smartphones.

Both the Xperia S and Xperia Ion feel solid in the hand, though they’re not exactly thin devices. The Xperia S features a gorgeous 4.3-inch screen, while the Xperia Ion has a massive 4.6-inch display. Given its screen size, the Ion feels a bit more awkward than the Xperia S, but it’s about on-par with the Galaxy Nexus in terms of unwieldiness.

Both devices feature 1280-by-720 high-definition screen resolutions, are powered by dual-core 1.5 gigahertz processors, and run Android 2.3 (Sony has said that its Xperia lineup will receive Android 4.0 eventually).

Sony is once again using a customized Android interface on the new Xperia devices, but it’s attractive enough that I’m not complaining. The visual facelift is necessary because the phones are running an older version of Android — come Android 4.0, Sony may not feel the need to reskin Android as much.