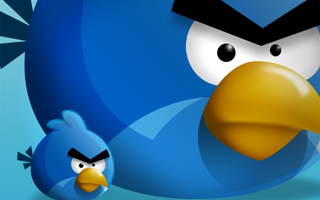 Twitter’s lawyers are taking a long, hard look at Google’s new social search features, and they don’t like what they see.

With Google’s new mode of searching, social media results powered by Google+ show up among regularly ranked links and images.

However, searching for a Twitter handle with these Google+ results included won’t necessarily get you to a Twitter page. Instead, you might be shown Google+ profiles instead — a move that doesn’t seem fair or competitive to the Twitter team.

Twitter general counsel Alex Macgillivray tweeted today, “Folks asked for examples. Here’s what a user searching for ‘@wwe’ will be shown on the new @Google.” He included the screenshot below: 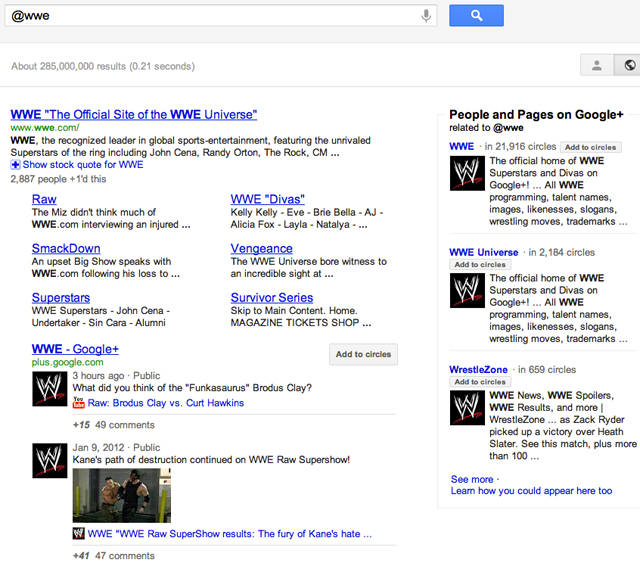 While Twitter couldn’t provide any additional comment, a company spokesperson said these search results speak for themselves — and as you can see, searching for this particular Twitter handle doesn’t seem to yield much in the way of Twitter.com results.

We thought we might see non-Google+ social results by turning off Google+-powered search altogether. However, this wasn’t the case. Searching for “@wwe” in a non-Google+ search session yielded the same results. Whereas a day or two ago, we could easily find Twitter profiles in Google search, these results from Twitter.com are now shoved down on the page and designed to be ignored by users.

Granted, you can find Twitter-specific results easily if you search for a name or handle and add “Twitter” to the query (for example, searching for “wwe twitter” will take you directly to the brand’s Twitter profile). But as Twitter pretty much owns the “@” symbol and its place in online handles, it seems odd to show Google+ results for an intentionally Twitter-focused query.

Yesterday, a Twitter rep sent us the following statement in an email:

For years, people have relied on Google to deliver the most relevant results anytime they wanted to find something on the Internet.

Often, they want to know more about world events and breaking news. Twitter has emerged as a vital source of this real-time information, with more than 100 million users sending 250 million Tweets every day on virtually every topic. As we’ve seen time and time again, news breaks first on Twitter; as a result, Twitter accounts and Tweets are often the most relevant results.

We’re concerned that as a result of Google’s changes, finding this information will be much harder for everyone. We think that’s bad for people, publishers, news organizations and Twitter users.

The statement struck us as uncharacteristically pointed, and we wondered what would come of it. Apparently, those were fighting words from the startup to the search incumbent, and having legal counsel look into the matter is only a first step.

Even as Twitter sends out its examples, some commentators are already murmuring about possible antitrust violations.

“Google has had a form of social search in its main results for a while, but this is a significant redesign that gives a lot more prominence to social and to Google’s own social product, Google+,” wrote analyst Rocky Agrawal on VentureBeat yesterday.

In a conversation with VentureBeat, a Google spokesperson said, “As always, our goal is to provide you with the most relevant and comprehensive search results possible. That’s why for years now we’ve been working with our social search features to help you find the most relevant information from your friends and social connections, no matter what site that content is on.

“However, Google does not have ready access to incorporate all the information from some sites, so it’s not possible for us to surface all that content in real time.”

In other words, if Twitter wanted to see its pages appearing in Google’s social search results, it shouldn’t have revoked access to the Twitter firehose back in July 2011 or started using nofollow tags for links shared on Twitter — but that’s another story altogether.

The course of real-time search never did run smooth, and we’ll be following this testy war of words to its conclusion. Stay tuned.