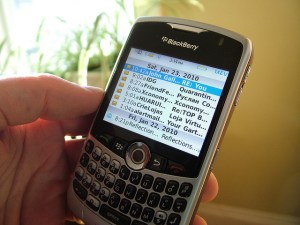 Answer an email from your employer after your work day is over and you’re eligible for overtime pay — but only if you’re a Brazilian citizen, that is.

The worker-friendly amendment was added to the country’s labor code and approved by Brazil President Dilma Rousseff in December.

“[The legislation] says that company emails to workers are equivalent to orders given directly to the employee,” the Associated Press reported. “Labor attorneys told the Folha de Sao Paulo newspaper this makes it possible for workers answering emails after hours to ask for overtime pay.”

The law is the latest measure designed to address the serious implications of an increasingly 24/7 mobile workforce — it’s also bound to make workers the world round more than a little covetous of their Brazilian peers.

German carmaker Volkswagon recently made headlines for its decision to shut off email to some employees 30 minutes after their shifts end.