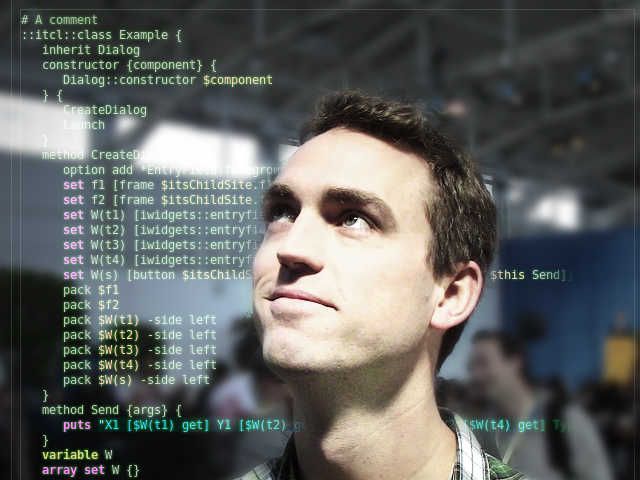 Ryan Carson, the web design guru behind Carsonified, wants to teach you how to code. And he says he can do it in just five minutes using a web-based game.

In an chat with VentureBeat, Carson explained that the game teaches total beginners how to code a basic web site in as little time as five minutes. Players can race each other to finish coding challenges, and along they way, they unlock rewards.

Code Racer joins a new genre of simple, interactive web tools that take novices through the steps of learning how to code.

One startup with a similar premise (though without some of the more obvious game mechanics), is Codecademy, which got its start with Y Combinator before raising a lightning-fast $2.5 million funding round. Codecademy is looking to increase its userbase with Code Year, a weekly program to turn web users into web coders throughout the course of 2012.

But Carson says Code Racer and Treehouse, its parent, are quite different from Codecademy’s offerings.

Treehouse, Carson’s code-and-design-focused startup lets visitors watch videos and learn basic web skills. The more you learn, the more badges you can unlock — and some badges, like the Advanced Node.js badge or the Rails Foundations badge, can earn you interviews with companies like Facebook and WordPress. 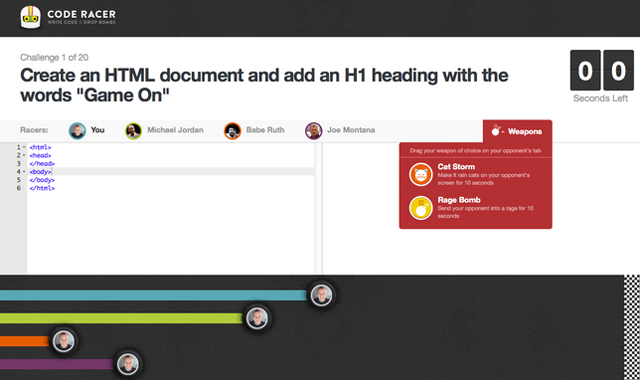 In fact, Carson imagines that Code Racer, which itself is simply a weeklong hackathon-type project from Treehouse staff members, will eventually end up as part of the greater Treehouse product.

“We’re going to roll out a group Treehouse product so big companies will have a dashboard of their members, what badges they’re unlocking, how fast they’re learning, rankings,” Carson explains. “Code Racer would be good for groups to challenge each other.”

Carson gives us an example: Disney, he says, already has a rather sizable Treehouse account for its in-house development team. Code Racer “might be the perfect internal tool for group members to challenge one another and also have fun,” Carson concludes.

Late last year, Carson told VentureBeat he had sold the Carsonified events business to focus all his attention on Treehouse.

“We want to help people who can’t afford traditional education, want to change careers [or] don’t have access to cutting edge design/dev training at their school,” he said.

Carson also reveals that although Treehouse received very little initial funding (in the form of an angel round from some prominent Silicon Valley investors), the venture is already profitable.