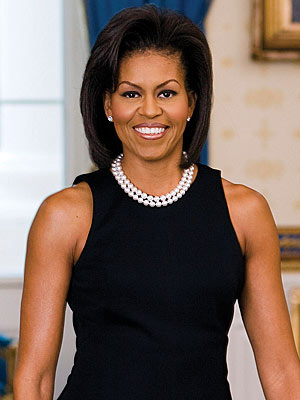 The First Lady’s first tweet (and her Obama Biden 2012-themed avatar) make it clear that the account is a part of the Obama political reelection machine. It reads:

“We’re excited today to launch @michelleobama as a new way for you to connect with First Lady Michelle Obama and the President’s campaign.”

However, the account, which is managed by the campaign staff, will also feature personal insights from Mrs. Obama herself. The from-the-First-Lady’s-own-hand messages will be signed “-mo,” just as Barack Obama’s campaign-managed account sometimes features his personally written tweets with a “-bo” signature.

In fact, Mrs. Obama has already shared something non-campaign related on her account.

“Here’s something dear to my heart: the MLK Day of Service,” reads the fifth tweet sent by the account. “Will you join me to serve your community on Monday? http://OFA.BO/NTYQkR -mo”

The link leads to MLKDay.org, where visitors are encouraged to serve their neighbors and communities on Martin Luther King, Jr. Day this coming Monday, January 16.

The First Lady is also likely to promote Let’s Move, her initiative to counteract childhood obesity with healthy habits, from the account.

As of this writing, the account has around 150,000 followers and that number is growing by the second.

Mrs. Obama has actually used Twitter in the past. Before she had her own Twitter account, the First Lady sent a tweet in 2010 from the account of CNN’s Ed Henry, a senior White House correspondent, while the two were seated together at a dinner.