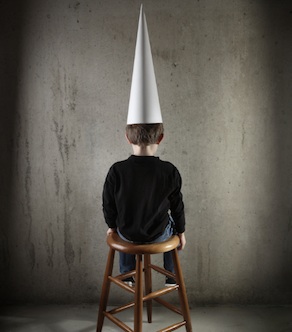 There’s been a lot of huffing and puffing in the tech community over the past few months about SOPA, the proposed legislation that many believe would cripple the Internet and thwart innovation. People have started online petitions, written countless blog posts, started boycotts against companies that support SOPA and campaigns to change Twitter avatars. (Check out the rest of VentureBeat’s SOPA coverage here.)

Mike_FTW made this great observation: “If SOPA passes after we all added those ribbons to our avatars it certainly won’t be our fault.”

I changed my own avatar, but almost in an ironic way. I know full well that nearly everyone who follows me already agrees with me.

If you want to take real action, here’s how you can write or call your Congress members now.

Blogging amongst ourselves won’t change things. We need to do a much better job of educating Congress, the media and the people.

Part of the problem is that Silicon Valley has a belief in meritocracy. We believe that if we are right, we will win. It’s a nice thought, but that’s not how Washington works.

A common refrain in Silicon Valley is that Congress should be smart enough to know how the Internet works. It may sound reasonable, but it isn’t. There are 535 people in Congress who are responsible for passing laws that relate to the environment, pharmaceuticals, transportation, infrastructure, foreign policy, social services — every topic under the sun.

Although it’s a top-of-mind issue for us, neither California Senator Dianne Feinstein nor Senator Barbara Boxer list PIPA (the Senate equivalent of SOPA) on their top issues pages.
It’s unreasonable to expect that members of Congress, many of whom are career politicians, study our business. Some make gut reactions in the name of privacy or fear of “hacking.”

A recent example is Senator Chuck Schumer of New York’s involvement in the cancellation of a mall operator’s plan to track users anonymously based on cell phones. The mall would have used the equivalent of a cookie to track shoppers as they went from store to store. According to the New York Post:

In a letter to Path Intelligence CEO Sharon Biggar, Schumer urged the company to obtain the explicit consent of shoppers through an opt-in policy. He also called on Federal Trade Commission Chairman Jon Leibowitz to examine how this new technology fits in with existing consumer privacy regulations.

If you extrapolate Schumer’s position to the online world, cookies would be banned (or required to be opt-in). That would have a serious negative effect on online advertising and commerce. Schumer is in favor of PIPA.

Both of California’s senators are listed as co-sponsors of PIPA.

When I called Senator Boxer’s office, a staffer took several minutes to look up her position on PIPA and then gave me the wrong answer. Clearly, not enough people have expressed their opinion if our senator’s Oakland office doesn’t know this answer immediately.

The cynical thing to do is assume that members of Congress are acting purely in their own financial interests. That may be true for some, but just as many believe that they are doing the right thing. That’s because we suck at presenting our side.

Getting the word out
Educating the media is equally important. Although some have suggested that the corporate media (many of whom are owned by conglomerates that support SOPA, like TimeWarner and News Corp.) are deliberately avoiding coverage of SOPA out of corporate self interest, my view is that we just haven’t done a good enough job raising awareness.

Unfortunately, Silicon Valley lost one of its best and smartest advocates in Washington when The Washington Post eliminated the technology columnist position held by Rob Pegoraro. In a move that still boggles my mind, the Post decided it needed more rewrites of tech blog stories and the latest iPhone rumors than substantive discussions of technology policy. (Disclosure: Rob is a friend.)

Educating the media is an ongoing process. Much as Congress has a lot to worry about, so do many journalists. A mainstream journalist might be covering dozens of different topics.

While many readers know my work from what I’ve written on VentureBeat and other technology blogs, I’ve also spent a substantial portion of the last year talking with other journalists about the economics of the deals space, mobile technologies and antitrust.

We need to help journalists separate the real issues from the bogus privacy scares, like Google’s StreetView WiFi data collection.

These are complex topics and we are the experts. We need to share that expertise, even if sometimes things seem really basic and obvious to us. (I once explained to a reporter for a major business publication who was doing a story about privatization of airports what a Jetway is.)

Educating the public
The Internet reaches hundreds of millions of people in the United States — more than any single media outlet. But we’ve done a terrible job of using it to educate the public. SOPA is such a terrible piece of legislation that if the public knew its implications, it would never pass. Google and Facebook could stop SOPA in a matter of days if they used the power of their platforms.

Think about how much buzz a Google doodle creates among ordinary people. We can use a similar tool to advocate against SOPA. Here’s one example of how:

When you do a search on Google, you’d get only one result. Under that result would be a link that explains SOPA and provides contact information for your representatives in Congress.

If you went to share a photo or a link on Facebook, you’d get a message that you can’t share the link. Again, there would be an explanation of SOPA.

These campaigns could be frequency capped so that each user only experiences it once. This would be substantially more effective than relying on users to read op-eds or media coverage. This is essentially the same advice that VCs give to entrepreneurs: Instead of walking in with a pitch deck (a long story hypothesizing about the effect of SOPA), come in with a demo (a real-life illustration of what may happen if SOPA passes). Show, don’t tell.

The campaigns could also be targeted. You would only see them if you live in a district or a state where your representatives support SOPA.

This may sound extreme, but it’s not. Cable companies and TV networks do things like this during carriage disputes. Networks will run crawls across their programming with messages like “Time Warner Cable is trying to take away your television. Call them and tell them you want to keep it.” Cable operators will run ads saying things like “Fox is trying to keep you from seeing the World Series.”

As a product guy, I’m not a fan of breaking products and damaging the user experience. But something like this is better than the alternatives if SOPA passes.

Individual action still matters
Individual actions can still be meaningful, if you use the right channels. Online petitions and bulk email campaigns are pretty much noise because they’re too easy. (For a detailed look at this, see Dear Internet: It’s No Longer OK to Not Know How Congress Works.)

I still send out paper birthday cards; they often elicit a positive response because people recognize that it takes a lot more effort than the three seconds it takes to write on someone’s Facebook wall. The same is true with Congress. A phone call, written letter or a personal visit count disproportionately because they take more effort. While writing this piece, I called both of my senators and lodged my opposition to PIPA.

More than just SOPA
Our failure to advocate effectively for ourselves is about more than just SOPA. In intellectual property alone, consumers and the Internet industry have lost a lot of ground when it comes to issues like the first-sale doctrine, fair use and the Sonny Bono Copyright Term Extension Act. If it weren’t for the first-sale doctrine, Netflix wouldn’t have existed. Yet we’ve essentially given up first sale for digital media.

If others view us as weak, they will keep pushing harder. Things that we think are obscene today will seem tame tomorrow.

Although this has been framed as an us-against-them debate, it’s also important to recognize that Hollywood creates content that people value. And we create great technology that can help distribute that content to the right people more efficiently. It’s a relationship where both sides benefit. But we need to ensure that we’re on equal footing.

Beyond Hollywood, there are more reasons to cozy up to Washington: patent reform, immigration, spectrum allocation and antitrust will become even more important to the future of Silicon Valley. Companies like Fitbit are facing the prospect of regulation by the Food and Drug Administration. As the reach of Silicon Valley expands into finance, medicine and other areas, we will face more entrenched players with strong lobbies.

It’s tempting to say that “Washington doesn’t get it” or “the media don’t get it,” just like some say “consumers don’t get it.”

We need to educate Congress, the media and the public about our industry, not just when major legislation like SOPA is on the line, but year round. Ideally, we’d stop really bad legislation from getting to this point.

We need to apply the same creativity that we use to create great consumer products to advocating for good technology policy. So far, we’ve been less creative than a Hollywood slasher film.

For more SOPA coverage, check out our SOPA category page and some key stories below: