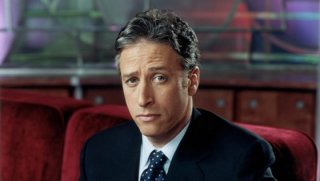 Jon Stewart, host of the popular comedy “news” program The Daily Show, is finally going to tackle SOPA, the controversial, anti-Internet piece of legislation that has every social network up in arms.

“Tomorrow night,” the host said during last night’s broadcast, “our guest will be the Internet.”

A redditor was present at the taping of last night’s show, and during the pre-show period, he asked Stewart why he’d been silent on SOPA.

If you want to take real action, here’s how you can write or call your Congress members now.

As the redditor in question posted on Reddit, “I wanted to get the word out that I was able to ask Jon during the Q&A before the show what his thoughts on SOPA were and why he hasn’t talked about it. His answer was that they’ve had their heads so far up the election’s ass that they may have missed it. He then said he’d look into it, and mentioned it during the opening of the show!”

As last night’s show opened, Stewart mentioned SOPA, saying, “I have some reading to catch up on.”

“Jon looked directly at one of his writers when he said he would look into it, so I’m really really hoping to see a follow up on it in the coming days,” said the redditor.

SOPA and its sister bill, PIPA, encompass a topic we’ve written a lot about over the past few months. SOPA (or, more elaborately, the Stop Online Piracy Act) was designed to put a stop to online counterfeiting and piracy (the definition and punishment of so-called piracy itself being another point of controversy).

However, as “Father of the Internet” Vint Cerf put it in a recent interview with VentureBeat, “You don’t want to kill the goose that’s laying the golden egg.”

Cerf, who along with a bevy of other Internet founders signed an open letter to Congress opposing SOPA and PIPA, continued, ““I am so worried about SOPA and PIPA, I’m worried about governments that want to control access to and use of the Internet … There really are problems with privacy, with malware, with fraud. Those are all real problems, but we need to be thoughtful about how we go about solving those problems.”

In fact, we’d be willing to bet that Cerf would probably be one of the Internet’s best representatives on this topic; if Stewart really wanted to bring “the Internet” on his show to talk about SOPA, he couldn’t pick a better guest than Cerf.

However, there is one major hiccup: SOPA still has many allies in the entertainment world, some of them on Stewart’s home turf.

In fact, Comedy Central (the channel that broadcasts The Daily Show) is owned by Viacom, a big SOPA supporter. Comedy Central execs themselves have spoken out in favor of SOPA. See below:

We’ll see whether Stewart will have the, ahem, choots-pah to stand up to his own industry on this topic.

Disclosure: The Daily Show is the only source of television news for 95 percent of the VentureBeat writing staff.