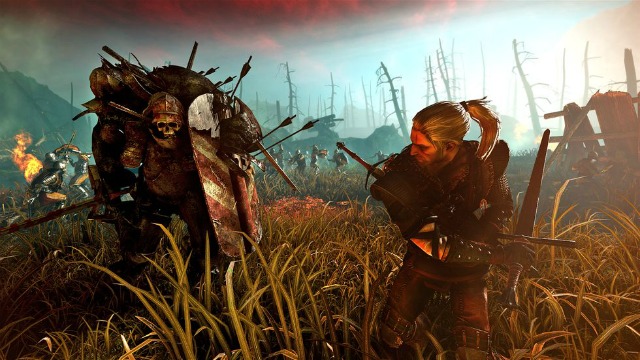 CD Projekt RED, the Polish developer behind last year’s critically acclaimed PC game The Witcher 2: Assassins of Kings, is relenting in its hunt for alleged pirates.

Last month, it was revealed that the developer, via a German law firm, was going after people suspected of illegally downloading the game and demanding financial compensation for copyright infringement. At the time, website Torrentfreak claimed thousands of BitTorrent users were contacted by the company’s lawyers, who demanded they pay €911.80 ($1,230) each. This caused some concern that innocent people who had never even heard of The Witcher 2 might be accused of copyright violations.

In an open letter to the gaming community posted on the Rock, Paper, Shotgun website, CD Projekt RED co-founder Marcin Iwinski says he is confident that no one who legally owns one of the developer’s games has been required to compensate it for copyright infringement. However, he adds that the company values its fans, supporters, and community too highly “to take the chance that we might ever falsely accuse even one individual.”

In light of this Iwinski says, “We’ve decided that we will immediately cease identifying and contacting pirates.” He adds, “We were sorry to see that many gamers felt that our actions didn’t respect the faith that they have put into CD Projekt RED. Our fans always have been and remain our greatest concern, and we pride ourselves on the fact that you all know that we listen to you and take your opinions to heart.”

Back in November, Iwinski estimated that 4.5 million people pirated copies of The Witcher 2 via BitTorrent and he wants to make it clear that CD Projekt RED does not support piracy. “It hurts us, the developers. It hurts the industry as a whole. Though we are staunch opponents of DRM (Digital Rights Management) because we don’t believe it has any effect on reducing piracy, we still do not condone copying games illegally.”

Iwinski’s letter concludes, “Don’t be indifferent to piracy. If you see a friend playing an illegal copy of a game–any game–tell your friend that they’re undermining the possible success of the developer who created the very game that they are enjoying. Unless you support the developers who make the games you play, unless you pay for those games, we won’t be able to produce new excellent titles for you.”