On December 7, 2011, gaming-platform creator Multiverse Network ceased operations. Formed in 2004, Multiverse was looking to change the world of massively multiplayer online games (MMOs) by empowering independent game developers to create their own virtual worlds, with minimal start up costs.

By 2008 Multiverse had acquired licenses for two of the most popular TV franchises in recent history, namely Buffy The Vampire Slayer and Firefly, and had Hollywood legends James Cameron and Jon Landau on its advisory panel. Roll forward three years, and the closure of the company was announced with the following low key statement:

Although thousands of developers showed interest in the Multiverse Platform, Multiverse wasn’t able to achieve a profitable business model. As a result, Multiverse ceased operations in December 2011 due to lack of funding.

In an attempt to examine what happened at Multiverse, I have spoken with some of the key figures in its story. They have shared their experiences of working with the platform, their thoughts on where things went wrong, and their hopes for the future of the virtual world technology.

Between 2004 and 2006, the Multiverse team, headed by a group of Netscape veterans, were building the platform they hoped would alter the face of virtual worlds and MMO games for good. On the back of the MMO boom, which saw future big hitters like Star Wars Galaxies, World of Warcraft and Everquest enter the market, independent developers were keen to take on their own projects, and create their own virtual worlds.

Multiverse created a technology solution to support just that. The platform would allow development teams to bypass many of the prohibitive challenges of game creation, by providing “a comprehensive, pre-coded client-server infrastructure and tools, a wide range of free content – including a complete game for modification – and a built-in market of consumers.“ 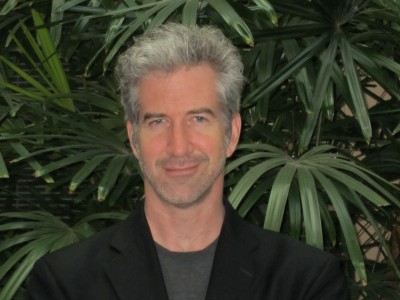 In return for all this, Multiverse was not asking for payment up front, but instead based its business model on taking a 10% share of revenue, from commercially released games. Corey Bridges (pictured), co-founder and CMO of Multiverse Network, explained the reasoning behind this decision: “We really wanted to make the platform attractive to independent developers. Our thinking was that 10% was more attractive than 30%, and we expected that there would be competitors like BigWorld who would come in with revenue-share models that would undercut us if we went with 30%. So we bit the bullet and went with the low number as a pre-emptive land-grab. Of course, we were arguably too impressed with our own idea – no competitors moved to a rev-share model.”

The Beta build of the Multiverse development platform launched in 2006, and Patrick Hamilton, of Wardog Studios was involved in those early days of the emerging technology. Hamilton speaks fondly of that time, explaining “We had participated with Multiverse during the Austin Game Developer Conferences in 2006 and 2007.  From my standpoint, those were good years, as there was a lot of momentum and positive outlook.  I would say the support from Multiverse for us was great during that time.”

In May 2007, things were looking very positive for Multiverse. The company reported that over 10,000 development teams had signed up to use its platform. Over 150 teams had begun building projects, ranging from fantasy and science fiction MMOs  to educational worlds designed to teach users math, science and the works of William Shakespeare. On the back of its business model, Multiverse raised $4.175 million in Series A funding, to be used to hire additional staff, complete version 1.0 of the platform and launch its network of games the following year.

Multiverse was also making strong connections with Hollywood at this time. Headlines were made when it was announced in Dec 2006 that Multiverse had acquired the rights to produce an MMO based on the popular TV show Firefly. At the time, Corey Bridges said that “Fox’s Firefly series is set in an incredibly rich and exciting universe. It’s going to make a very compelling and unique online experience filled with adventure, humor, and mystery.”

The appeal of a Firefly MMO as a Multiverse property was undeniable. Bill Turpin, co-founder and CEO of Multiverse Network, remarked that “Firefly will bring in even more consumers, making the network that much more attractive to developers of other worlds.”

Multiverse also acquired the rights to produce a Buffy The Vampire Slayer MMO game, in Sep 2008. Academy Award winning producer Jon Landau made the announcement, saying “Multiverse has the vision and expertise to create the type of rich environment needed for the best possible game based on the ‘Buffy’ series. The resources are in place to develop a great MMOG.” 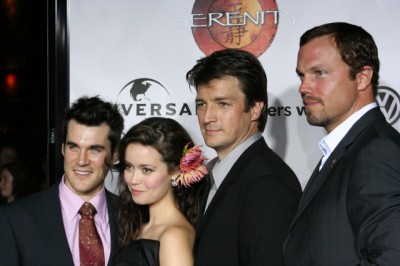 Unfortunately neither of these potentially valuable games came to fruition. On Firefly, Bridges says “That game was such a labor of love for me and the rest of the Multiverse team. Working on the Firefly game was one of the best experiences in my career.” He explains that “for both the Firefly and Buffy games, we had created design docs and budgets, and built functioning prototypes.” However, in the case of Firefly at least, work was halted due to external circumstances.

While the reasons for the cancellation of the Firefly MMO are not entirely clear, Bridges is adamant that “Fox were wonderfully supportive partners. They were thrilled that we were making a Firefly game. Related to that, I can further say that none of the partners involved were unhappy with what we were building.” The cancellation apparently came as the result of “an unexpected legal issue from a completely unexpected quarter. It was arcane and odd and tragic.”

Away from the big name rights acquisitions, work by independent developers was continuing apace on the Multiverse platform. However 2008 saw the start of the global financial crisis, which brought with it problems for developers and platform holder alike.

With Multiverse so geared towards helping out smaller, independent development teams, it was perhaps no wonder that the economic downturn would affect the company’s fortunes more than most. “The world economy went to hell three years ago,” explains Bridges, “which not only froze investment and discretionary spending by big media companies, it made the indie developers, our bread and butter, drop their “extra-curricular” projects, like building an MMO on Multiverse, in favor of putting more time into their day jobs.”

Adrian Wright, of Max Gaming Technologies, was a developer involved with Multiverse from the start of the Beta in 2006. His game, Dark Horizons: The Awakening made it as far as the private beta stage, but sadly never made it to full release. Wright explains how  the global economic downturn affected his project: “We halted production on it because we had to take on work that paid us instead of us spending our money building our own game.”

With independent developers cutting back on their projects, Multiverse was also forced to make financial adjustments of its own. Corey Bridges takes up the story, explaining “as our revenues dipped, we had to manage our cash flow responsibly. So from that time onward, we moved at a slower pace with platform development than we originally wanted. And in the video game business, as dynamic–as full-on chaotic–as it is, moving more slowly makes it difficult to keep pace with the significant changes that occur almost month-to-month….Developing more slowly [also] made it difficult to finish some of the original technology as quickly as we’d planned. So parts of the platform remained not quite finished.“ 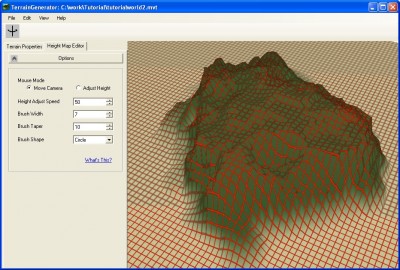 With Multiverse development slowing, the company still had ideas up its sleeve, to help reverse its fortunes. In Feb 2009 it released the first flash-based MMO, a game called Battle: Realms at War, developed by Adrian Wright’s Max Gaming team. The game was launched on Facebook, MySpace, and Friendster, as well as casual gaming portal Kongregate and Multiverse’s own site.

Wright explains “We were asked by Multiverse to use their platform to build their Flash based MMO for MMO players instead of for young kids. Realms at War was much more like World of Warcraft than Club Penguin. We had features [such as] a full skill system and a huge world for players to explore. We were very proud to make a grownup MMO that people could play in their browsers.”

The technology on which Battle was based was intended to be rolled out to Multiverse developers, enabling them to take their own games down this route. As Patrick Hamilton explains though, “While the news for the implementation with social networks [through a flash client] was welcomed, there were continued delays. We were waiting for the source code for this capability, but this was not available and as months went by without [news], I had finally come to accept that we would need to move on.” This was in the Spring on 2009, shortly after Multiverse had received $2.4M in angel funding, to help sustain itself through 2010.