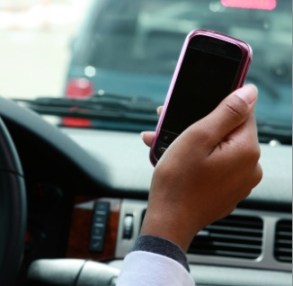 Car companies made a lot of noise at this week’s Consumer Electronics Show about what they’re doing to merge internet technologies with the car. But they still haven’t delivered the apps we’re all waiting for.

The current crop of in-car services show off fairly underwhelming advances. The Pandora app paired with Ford SYNC’s AppLink system will let you change stations while driving by using your voice and displays track information on the in-car display. An app by Roximity will let you find deals. Facebook announced a partnership with Mercedes that will allow drivers of 2013 SL-class cars to search for nearby friends and see restaurants that friends have Liked.

At the other extreme, Google is working on cars that can drive themselves.

But there’s a wide gulf between what’s being done today and Google’s vision. Although the National Transportation Safety Board recently called for a near-total ban on cell phone use while driving, there’s about as much a chance of that happening as McDonald’s going out of business because Americans refuse to eat fast food.

Here’s a list of the kind of smartphones apps I would have liked to have seen at CES — no-brainer apps that would make the driving experience safer and more convenient:

All of the above is imminently doable today; there are no major leaps forward in technology required. Some apps already provide variants of some of these features. For example, Glympse lets you send a link that allows the recipient to track your location for a set period of time.

Ford is allowing developers to tie into a car’s voice recognition system, text-to-speech engine, steering wheel controls, radio controls and displays. That opens up even more possibilities. Because of driver distraction concerns, Ford must approve all apps.

But Ford doesn’t charge developers or consumers for apps. “We are a car company,” said Julius Marchwicki, SYNC product manager. “We’d much rather sell you a vehicle than an app for 99 cents.”

Unfortunately for developers, each car maker has its own system. “I don’t think we’ve quite gotten to a point where we seen an imminent change to a standard,” Marchwicki said.

That dramatically limits the opportunity. Ford, which is the #2 carmaker in the U.S. and has been the most aggressive, has shipped a total of 300,000 vehicles with the AppLink system, said a Ford spokesperson.