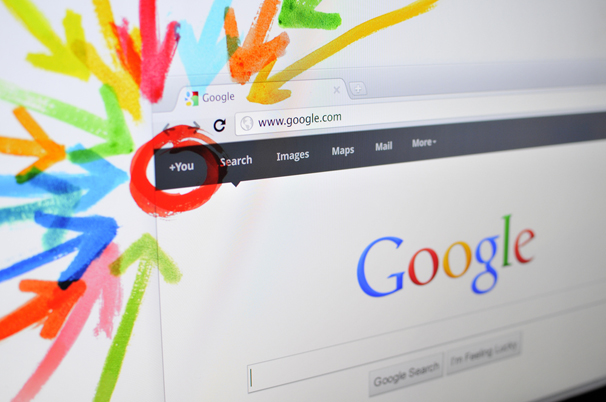 This story originally appeared on CNET and is republished with permission.

There has been a huge maelstrom about Google integrating Google+ into its search links. And it all misses the point.

Twitter and others are complaining that Google is throwing its massive 65 percent-plus market share weight around and quashing smaller competitors. The reason Twitter and others are so threatened is that the pattern of shared links within Google+ provides a decent enough indicator as to what links are interesting. What’s important is what’s trending, and algorithms can get a sense of that with just a subset of everything that’s getting shared on the Web.

The most interesting aspect of Google’s move, however, is its tacit acknowledgement that its stalwart search links are largely irrelevant and might as well be replaced with social results. Google search results are essentially gamed results produced by search optimizers. 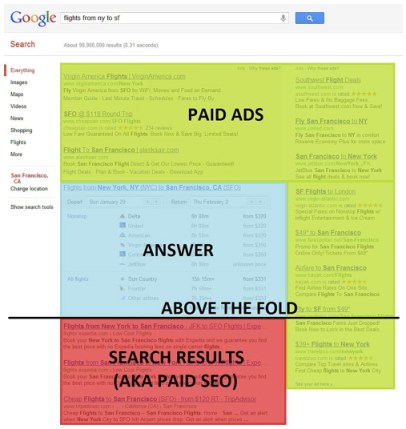 In other words, the search results that we supposedly value so highly are themselves paid placements, just like Google’s keyword ads. It’s just that in the case of search results, link owners have paid for SEO (search-engine optimization) to get Google’s attention instead of paying for SEM (search engine marketing) to make Google give their links prominence. Either way, though, searches are mostly just producing ads by any other name.

In addition, Google’s famed PageRank algorithm carries less and less weight these days, since fresh news and results inherently don’t have as many inbound links as older content. (If it helps, you can think of PageRank as a kind of paleo-social search–just one that moves way too slowly for the modern Web.)

As I’ve written in the past, Google well knows that its search results suck, and over the past few years, it has started to short-circuit those results by putting more and more direct “answers” at the top search pages. That, of course, makes the search results themselves less and less important.

As the screenshot to the right (click for a larger version) shows, ads and answers have started to push Google’s quintessential search results below the fold into the netherworld of the Web. As it turns out, in many cases the actual “answers” to searches for airline flights or products are actually much more monetizable than ads.

At last year’s D conference, Google chairman Eric Schmidt presaged the shift from links to answers, stating that “we’re trying to move from answers that are link-based to answers that are algorithmically based, where we can actually compute the right answer.” More and more, Google is simply going to answer your questions. Last month, it acquired predictive search company Clever Sense to accelerate this transition. New mobile search engines such as Apple’s Siri also dispel with search links entirely and simply return a single answer.

So why not replace increasingly gamed and lame search links with socially curated links? The search results were increasingly irrelevant anyway.

Peter Yared is the CTO of CBS Interactive and has founded four e-commerce and marketing infrastructure companies that were acquired by Sun, VMware, Webtrends and TigerLogic. You can follow him at@peteryared.