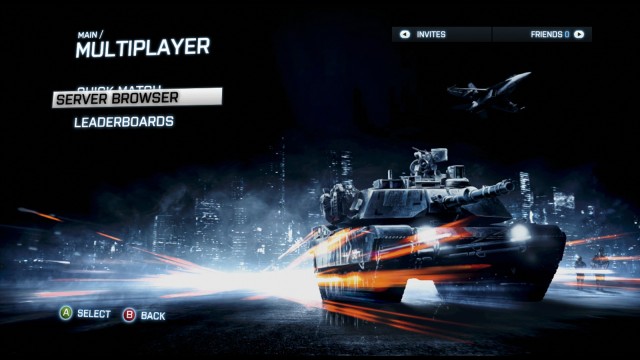 It has not been a good week for Battlefield 3 players, apparently. The forums and official Battlefield Facebook page are beseiged by users complaining that they cannot connect to the game, and are especially having trouble locating hardcore servers after a recent update. These issues seem to apply across all three platforms (Xbox 360, PlayStation 3, PC).

Seeing our earlier coverage concerning Battlefield 3’s launch issues, GamesBeat reader Clint N. emailed me with the following information. “Just poke around on battlefield’s Facebook page and read some of the posts for the last 3 days or so. It is absolutely blowing up with people upset with lack of communication and servers being down with no explanation. They only direct us to their battlelog news site, which is never updated and tell us that they have “reported the problem to their DEVs” or “are looking into the root cause” but no explanation why. You talked in your article about them being more transparent and we are getting almost the opposite.”

Clint’s sentiment about communication from EA is echoed in this Battlefield forum post, which started on December 7, 2011 and now has nearly 3,500 replies:

The biggest problems on PS3 have been AND continue to be VoIP (voice communication –Sebastian) and Input Lag. Since release, there have been thousands of complaints regarding this issue an yet there has been no “Official” word from EA or DICE on if a fix is coming for either.

We have been told that Twitter responses from DICE/EA staff and @Battlefield should be considered “Official” statements and, yet, they delete those statements as quickly as they type them to remove evidence that they’ve ever suggested a fix was imminent.

The latest such statement was a Tweet by @TomasDanko, DICE Audio, who answered my question about a VoIP fix by stating that it would be next month (February, 2012). Oddly, this Tweet has disappeared and I am no longer certain that this will be fixed with the release of the February patch.

Meanwhile, EA continues to release gameplay videos celebrating their game on Facebook, only to receive thousands of comments about the server issues and rampant cheating.

A few responses from forum and Facebook moderators have popped up recently, though they’re little more than non-commital blanket responses. “We have been alerted to a few issues regarding Multiplayer Server problems, we are investigating this issue and are looking to fixing it as soon as possible.”

A potential solution is to try manually searching for “DICE” servers when looking for games. This doesn’t seem to be a perfect fix, as these servers are not showing up for most people having issues. Even if you do find them, you can expect lengthy wait times to get in a game.

Battlefield 3 was released on October 25, 2011 in North America and sold 8 million copies in its first month, the highest-grossing release ever for publisher EA.

VentureBeat has reached out to EA for any useful information and will update this story if and when it comes.