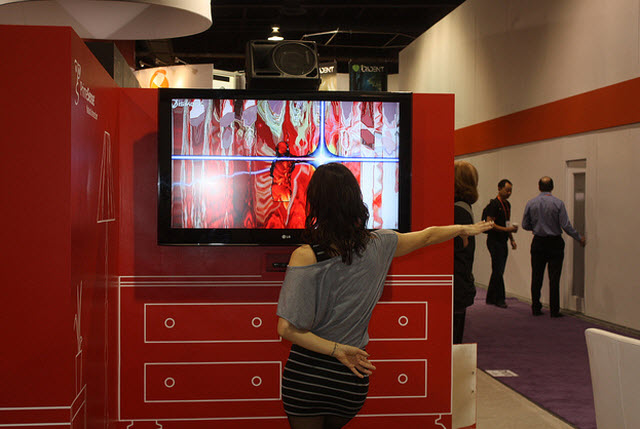 PrimeSense has its 3D motion-sensing chips in Microsoft’s Kinect hands-free controls for the Xbox 360. But that’s just the beginning of using your body motions to control your entertainment.

At the Consumer Electronics Show, the Israeli company showed off a next-generation TV interface that lets you control your TV experience with a wave of your hand. Like Kinect, the system uses a 3D camera with chips made by PrimeSense that can capture your movement in a 3D space and translate those motions into commands for the TV. If it succeeds, you can say adios to your TV remote control and engage in what PrimeSense calls “total digital immersion” with your body as the control for future smart TVs. 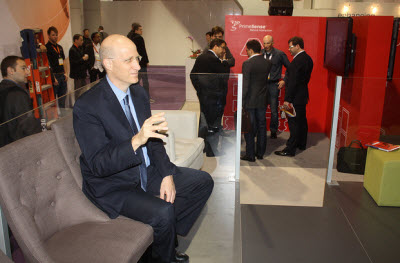 Inon Beracha (pictured right), chief executive of PrimeSense, has a customer in Asus, which took the PrimeSense camera and turned it into a TV control product debuting this month. But beyond that, Beracha hired industrial design firm Ideo to create a next-generation TV control system where you wave your hand at the TV to activate the 3D depth camera. You point your hand at one of the menu items and pull back to select it. To let go of something, you push forward with your hand. It’s a lot like the control system that actor Tom Cruise used in the futuristic movie Minority Report. 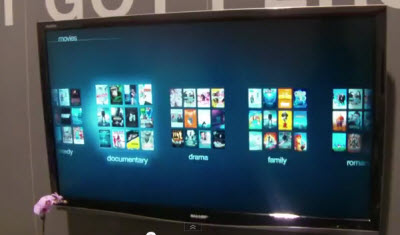 The interface moves extremely fast in the demo, though it will likely be slowed down as your TV waits for a video stream to load when you’re switching TV channels. You can use your hands to swipe the interface from side to side. You can control movies, play music, do virtual shopping, or play simple games. By contrast, Kinect relies on voice controls for many of the actions for controlling a TV.

“It brings the magic of control into the living room, like turning your TV into a giant touchscreeen,” he said.

Microsoft announced at CES that it has sold more than 18 million Kinect systems. But the non-gaming TV viewing audience may need something different for a natural and intuitive interface, and that’s where PrimeSense is targeting its next products. You can use it to play dance games (pictured above) or try on clothes using an application from Bodymetrics.

Check out our video of Beracha showing the PrimeSense system at CES.