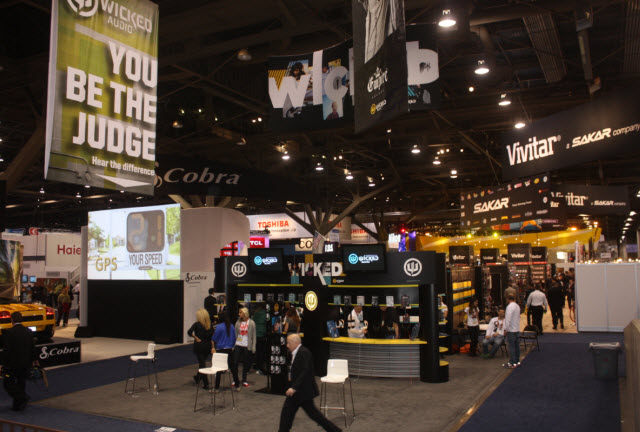 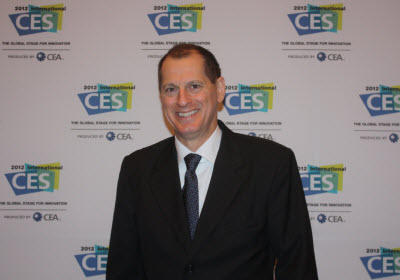 The show drew 3,100 exhibitors across 1.861 million square feet of space. The show drew more than 34,000 international attendees and 20,000 product launches.

The show attracted executives from business, government, entertainment, automotive, consumer electronics and every major industry. And so it should, as it is the biggest trade show for the $1 trillion electronics industry.

The organization behind the show, the Consumer Electronics Association, headed by chief executive Gary Shapiro (pictured right), is now reviewing requests for 2013 CES keynotes. The group has to replace Microsoft’s opening keynote speaker slot, as the company is giving it up after this year.

The CEA said that 95,000 square feet of exhibit space in the iLounge Pavilion (for Apple products) has already sold for next year. Among those committed to floor space are car makers Mazda, BMW, Ford, Kia and Hyundai.

Next year, the show will be Jan. 8-11, 2013, in Las Vegas. Audited figures will be out this spring. Microsoft won’t be on the show floor, but you can bet it’s going to be crowded again. In an interview last week with VentureBeat, Shapiro said, “The show is doing phenomenally well. We’re at or near our record in attendance and footprint. We have been approached by all sorts of companies that want to do the opening keynote. We will decide in time.”