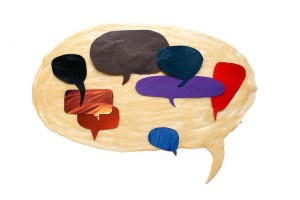 Fact or fiction? Online commenters who use their real names will leave higher quality comments.

Before you respond with a “well duh, that’s a fact” retort, you might want to take a look at new data from online conversation startup Disqus.

The company analyzed nearly 500,000 comments made via its platform and found that the digital denizens using fictitious names, or pseudonyms, are actually responsible for the highest quantity and quality of comments on the web.

Why might any of this matter? Facebook makes a commenting system that pivots around identity and threatens the livelihood of Disqus. The latter’s commenting solution is used on more than 1 million websites, but Facebook’s Comments Box is growing in popularity and now has the support of more than 400,000 publishers. It also just got a lot more mobile-friendly.

It’s in Disqus’ best interest to show publishers that allowing their commenters to choose how they want to represent themselves is the right way to go. As such, take the company’s findings with a grain of salt and expect the identity debate to continue. 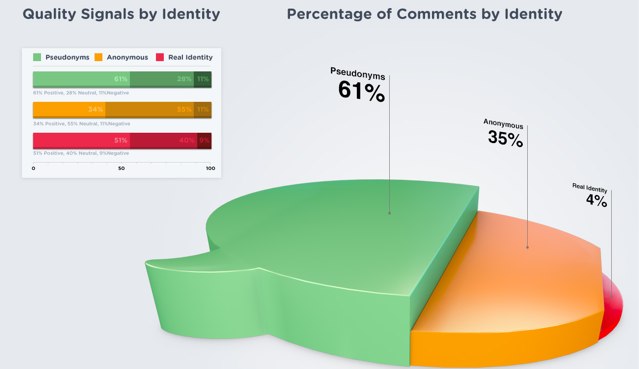