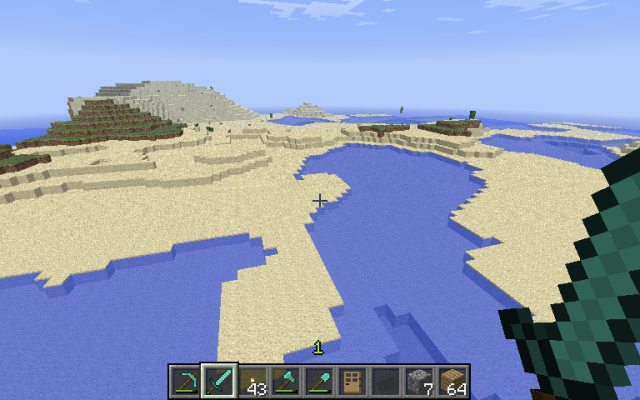 In a tweet sent out on Saturday, Markus Persson, aka Notch, the developer behind gaming sensation Minecraft, made note of the 20 million registered user milestone. He joked,

“Minecraft now has 20 million registered users. At 70 kg each, that’s 25% of the weight of the Great Pyramid of Giza.”

At the current price of a registration (about $27 US), that’s a lot of money as well as weight. Even at the old pre-release cost of $20 per person, the total possible amount of $400 million is nothing to sneeze at. Of course, not every player who registers goes on to pay for the game, but the potential for the indie hit is quite staggering. Purchasing a registration is simple; users register as a user at the Minecraft store page, choose to purchase either a license for themselves or as a gift, and fill out a secure credit card form.

Minecraft is a Java-based game that can be played on Mac, PC, iOS and soon to be released Xbox 360. Players can craft items from raw materials gathered and mined from the procedurally generated world. It tickles similar synapses as when playing with Lego, or exploring a sandbox video game world. The graphics are intentionally blocky, giving the whole thing a retro, toy-like feel.

Minecraft released as an official 1.0 version this past November, after a long beta period. Currently at version 1.1, Minecraft could possibly be this author’s favorite game of all time. Apparently, another 20 million users feel the same way.