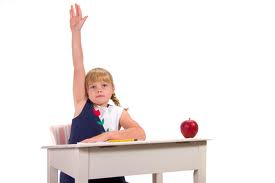 The Internet has long been a go-to resource for getting a question answered, but oftentimes the answers you get come from less than stellar “experts”. Beepl, a social Q&A service hopes to solve that problem. The site launched out of private beta today and is available to the general public.

Beepl allows users to easily sign-up through Facebook or Twitter and then have the option of connecting to LinkedIn. Once you’re connected, Beepl makes it extremely easy to post a question or browse lists of questions that you may be able to answer. It offers a “direct questions” feature that lets you message other users in private if you don’t feel like publicly posting or answering.

Beepl also looks to reward active users by tracking the number of times you post a question or answer one. It keeps a running tally, which determines your “Beepl Rank.”

Several similar services exist currently, including Quora, the popular question and answer site that’s curated by its members. The difference is that while Quora asks you what you’re interested in and what you might be an expert of, Beepl does it through a user’s social graph by pulling in information when you connect to Facebook or Twitter as well as LinkedIn.

Beepl’s co-founder, Steve O’Hear, explains the secret sauce by saying “We then analyse these social media profiles to help supplement a user’s interest graph on Beepl (e.g. Facebook Likes, LinkedIn Skills, recent tweets) so that they see and can answer questions most relevant to them.”

The London-based company, founded in 2011, has already secured a “six figure” seed round prior to public beta  from Credo Ventures, a VC fund targeting startups in Central and Eastern Europe.