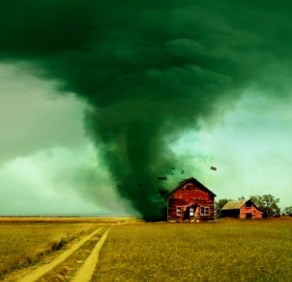 You’ve probably seen tons of articles, editorials, and marketing anecdotes about how great the cloud is; how it can save you tons of money, empower you to do incredible things, free your staff up to do all kinds of important projects, and more. There’s a great deal that is true and accurate in all of those assertions to be sure, even if most of the writing is intended to convince you to buy into the hype. I’m a fan of cloud computing, having bought into it while at two separate companies and working in it now for a cloud services provider.

However, both as a customer twice over and as a consultant helping others move to the cloud, I have seen the other side of the rainbow; I’ve seen where the rain falls and where the reality doesn’t quite live up to the hype, and where you as a customer might be surprised or disappointed.

So for those of you getting ready to make the jump to the cloud, here’s a look at the downside. This is the list of things that don’t make it into the cloud marketer’s PowerPoint deck but that you need to know about if you’re going to buy into the cloud with your eyes wide open:

1. You are no longer in control
This is the hardest thing for most customers to understand. When you move services to the cloud, you are no longer directly in control. It’s a major shift in realities that most IT folks have trouble adapting to; you cannot just log onto a server and see what’s going on. You have to open a ticket just like you were an end user. The business will have even more trouble adjusting to this new reality. When all the services were in house, users could call in a marker, raise a sev A ticket, or even just barge into your cube and yell until you dropped everything and fixed the problem, whatever it was. Now, no matter how much they might yell, or what favours they promise, when something is wrong, you’re all at the mercy of someone else. SLAs will ensure you get acceptable service levels, but consider well the shift that comes from giving up control and relying on someone else.

2. You are not the most important part of anything
Related to the above, consider what happens when the CEO has a problem with an on-premises system. Suddenly everything else is secondary; your boss will roll up his or her sleeves to pitch in, and things can get done. With cloud services, the CEO of your company is no different from the receptionist of another company; they’re both simply users of the service, and both get equal attention. The cloud is the great equalizer — and not in a good way.

3. You can have any colour you want, as long as it’s black
Cloud services typically use the latest and greatest versions of whatever software goes into offering the service. That’s one of the big appeals; you stay evergreen. However, just because they’re running on the 2012 version of X, don’t expect to get every little feature and customisation that X version 2012 offers if you install it on-premises; cloud service providers tend to offer the vanilla, cookie cutter version and only enable the most popular features. If you want obscure feature 57, make sure the cloud service offers that before you sign up.

4. You still need on-premises hardware, and an in-house IT staff
Sure, cloud services mean you may have fewer servers to deal with, and there’s less for your IT staff to do in support of the service, but that absolutely does not mean you can do away with all of your servers and lay off your staff. That’s good news for the IT team but often comes as a shock to the business decision makers who thought the cloud meant they could outsource IT and shut down those costly datacenters. I’ve worked on projects where the customer had to add more servers than they were shutting down to support their side of things, and this came as a huge surprise to them, because they didn’t read the documentation they were provided before the project began.

When you’re considering a cloud service, make sure you read all the fine print, and walk through specific scenarios with the provider before you sign. Ask about service limits and what features you won’t get when compared to doing it yourself. I bet 99 times out of 100 you’ll find any limitations to be acceptable, but you’ll also need to socialize those throughout the business to avoid any surprises down the road.

Casper Manes blogs for IT Channel Insight, a site for MSPs and Channel partners where you can find other related articles to cloud services.