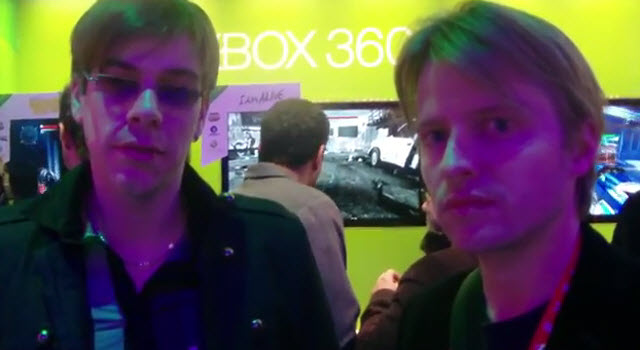 The game play of I Am Alive, a title developed by Ubisoft’s Shanghai studio, is unconventional. Instead of a plethora of weapons and ammo, you’ll often find that you have very few resources for fighting. It’s a big problem if you run into three mean strangers and you’ve only got one bullet. 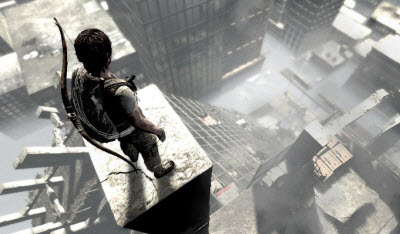 But that’s part of the experiment behind this downloadable game for Xbox Live, according to Stan Mettra, creative director on I Am Alive. It’s nice to know that an innovative idea can still find a way into the risk-averse game market.

We saw a hands-on demo of the game at the Consumer Electronics Show. It takes place in a post-disaster world where survival is the entire object. Mettra told us the story is about a man who comes back to his home city after a mysterious disaster known as “The Event” hits the planet. It’s a third-person action adventure focused on survival, but it doesn’t have monsters or zombies. 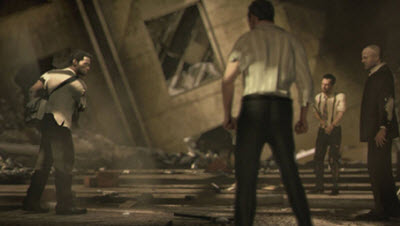 Instead, you have to deal with human enemies who are unpredictable. You wander the city and stumble across other survivors. Some need help. Some are friendly. And some are confrontational. When you run into the latter type, you might find that they start circling you. If you pull out a gun, they may back off. You might have to bluff if you’re out of bullets. You can force them to step back or retreat entirely. This bluffing and intimidation tactic is something new for a major video game. You have to guess if your enemies are bluffing you, and you have to decide whether to fight or run away. Each encounter is a kind of duel of wits.

You also have to pay attention to your energy, or stamina. If you keep climbing forever, you’ll get tired. If you take medicine, it may not be the right kind. The dust is dangerous enough to kill you, so you have to try to climb above it now and then in order to breathe fresh air. And the dust can obscure areas of the city, so you’ll need a map to get around. In this sense, the game puts you in a hazy gray environment which, even without the human enemies, is dangerous to you. 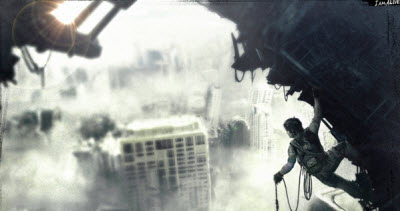 Sometimes you’ll find things you don’t need, but you can barter them.

The game is going to be released on Xbox Live Arcade. That’s a story in itself. The console disk-based games are a shrinking market where blockbusters rule. A new intellectual property like I Am Alive is a little too risky to release as a major release on retail platforms. The Ubisoft title was originally envisioned as a console title but was rebooted midstream and redirected as a digital release. Since digital games aren’t as expensive to distribute, releasing the game on Xbox Live became a much better option.

Mettra said the game is one of the biggest titles ever to be released via the digital distribution platform of Xbox Live. The game will be available as a Microsoft House Party downloadable title in February.

Check out our interview with Mettra and his colleague Aurelien Palasse.