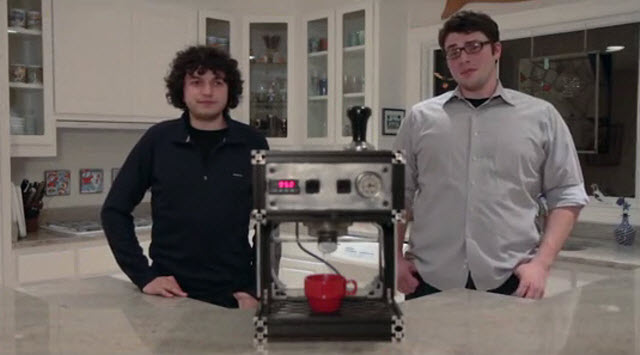 Making good home espresso is possible, but the machines tend to cost a small fortune. ZPM Espresso, a startup in Atlanta, is hoping to change that with its open-source espresso machine.

If the company succeeds, it could have a nice market for itself, as the espresso and specialty coffee market have been growing quickly around the world. (Can you tell based on how many Starbucks and Peet’s Coffee places there are?).

The founders like drinking espresso and they took apart a bunch of old machines to see how it’s done. They figured out how to make a machine for less money, but including important features such as PID controls, custom temperature, pressure profiles, and open source hardware and software using Arduino, a kind of microcontroller. The microcontroller governs the behavior of the thermoblock and the pump, rather than relying upon mechanical controls. That allows the data to be analyzed, saved, and shared.

To make good espresso, it helps to have the ability to control temperature and pressure precisely. Typical machines that can do that can cost more than $700, but ZPM is aiming at a target price of $300 to $400. One of the secrets is a custom-designed thermoblock that ZPM is creating itself. The funds will be used to set up a shop with a foundry to cast the thermoblock and other pieces. The machine uses as many off-the-shelf parts as possible, to lower costs.

The company is raising a round of money on Kickstarter, the crowdsourced funding site. Based on the progress so far, it looks like the company will raise hundreds of thousands of dollars. The hope is that a community of users will share their temperature and pressure profiles online so that more people can figure out how to make a good cup of espresso. The open-source machine will be user serviceable.

Here’s a link to a video of what ZPM is trying to do. The company hopes to ship devices starting in the spring or summer. Preliminary tests show that the shots produced by ZPM can match those of professional baristas. ZPM has four employees and competes with rivals such as Crossland Coffee and Rancilio. The founders are Igor Zamlinsky (left) and Gleb Polyakov (right), both Russian immigrants who grew up in Atlanta. Igor is a mechanical engineering student at Virginia Tech and Gleb is a student at George Tech.