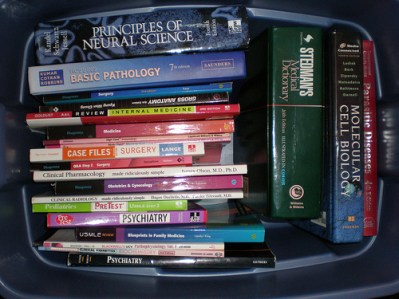 For its big education-related announcement in New York City this Thursday, January 19, Apple may be planning to unveil new tools that would make it easy for publishers and authors to create interactive textbooks.

That’s according to Ars Technica, which points to sources that describe Apple’s plans for a “GarageBand for e-books” — in other words, software for interactive e-books that would be as easy to use as the company’s renowned music software.

Apple was very up-front that the event, which will be held at the Guggenheim Museum, will be centered on education. But up until now, all we’ve had to go on is a brief mention of Steve Jobs’ interest in the textbook market in Walter Isaacson’s biography.

With the proliferation of iPads in schools and classrooms, Apple has the perfect vehicle to deliver next-gen textbooks. Students could easily justify the cost of an iPad (which will last them for years) and digital textbooks, compared to spending several hundred dollars every semester on paper textbooks.

As VentureBeat’s Tom Cheredar previously explained, the education book publishing industrybrings in annual revenue upwards of $5.5 billion for sales of lower education (Kindergarten to 12th grade) and $3.7 billion for sales of scholarly/higher education in 2010, according to statistics from the Association of American Publishers. It makes perfect sense that Apple would want to enter into that $8 billion industry.

Despite the many advances in technology over the past decade, the textbook industry is still fairly traditional. College students still pay through the nose for huge books that they may never finish reading, and bookstores tend to mark up the already expensive books. There’s certainly room for some company to break the mold for textbooks — and what better company than Apple, which revolutionized the way we bought music?