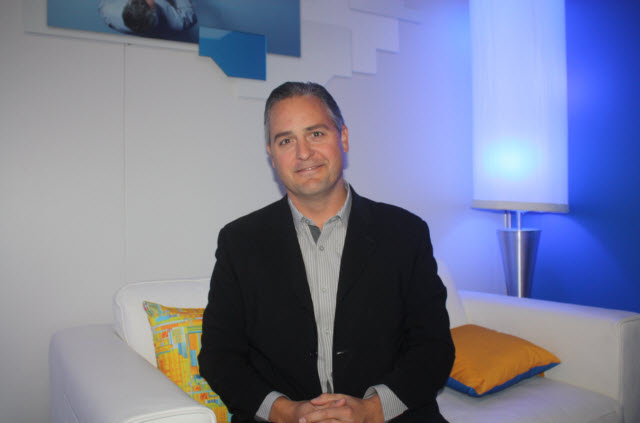 Mark Miller has one of those hot and cold jobs. He is the director of marketing at Intel for netbooks and tablets. Tablets, of course, are hot. But netbooks are cold. Still, in an interview at the Consumer Electronics Show last week, Miller said that netbooks aren’t dead.

Netbooks are the stripped-down laptop-like computers that cost around $200 to $300 and were created only for surfing the web. They were a hot commodity a couple of years ago, but now they’re in the dustbin where consumer computers go to die. In their place, Intel is preparing to launch a huge marketing campaign around higher-priced Ultrabooks, which have high performance, good security, instant responsiveness, and razor-thin cases. Intel has also been touting chips that power both smartphones and tablets.

Netbooks debuted with some fanfare in 2007, when Asus launched the Eee PC and sold hundreds of thousands in a few months. Every computer maker followed suit, some of them grudgingly. Miller acknowledges that the glamour has left the netbook category, but he refuses to say it’s dying. More than 100 million netbooks have been sold to date. They have taken a hit in sales because of the popularity of the Apple iPad and other tablets. But the decline of sales in 2011 was in the single-digit percentages, Miller said. 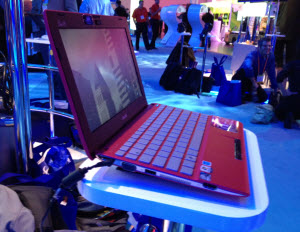 In the second quarter of 2011, tablet sales overtook netbook sales, according to ABI Research. In markets such as Western Europe, netbook sales collapsed 40 percent. But like the Maytag repairman, Miller still holds out hope.

“They are affordable, on-the-go, mobile computing,” Miller said. “For what netbooks do, they do very well. I think netbooks will still be a sustainable business for us in 2012. Our new (code-named) Cedar Trail chip is going to help that. We don’t see it going away.”

There are big declines in netbooks in mature markets in the U.S. and Western Europe, but netbooks are selling in other territories. Some of the Windows 7 netbooks are selling at $179 to $199. Those are attractive prices, Miller said. Still, Intel usually wins no matter what people buy, since it has chips that range from the low end to the high end, covering all the bases.

Asked if tablets had taken market share from netbooks, Miller said, “I don’t know if I entirely agree or disagree.” There were declines in low-end computers in general, he acknowledged, as tablet sales soared in 2011.

“While their growth rate has declined and in some markets even decreased, the death of netbooks has been greatly exaggerated,” said Patrick Moorhead, president and principal analyst at Moor Insights & Strateg. “Intel invented the category in 2007 and AMD fundamentally changed it in 2010 with Brazos, their Fusion-based solution. Brazos provided higher-end gaming graphics, higher video resolutions with HDMI-out, and very long battery life with larger than 10-inch displays. This blurred the line between netbooks, low end and in some cases mid-range notebooks.”

Moorhead added, “In 2012 I expect to see netbooks starting at much lower price points, $199, and even some that are convertibles that can transform into tablets with a touch screen. The netbook isn’t dead yet as today it provides a different value proposition versus tablets. This could change in 2013 with Windows 8 as convertibles, netbooks and tablets blur in industrial design and utility.”

At CES, there were well over 50 tablets on display among various vendors. But Intel itself could only count around six to eight models of netbooks. Toshiba, for instance, showed off a brand new 10-inch tablet at CES, but it had no netbooks on display because of the decline in demand for them. The same was true for Dell: It had no netbooks but plans to enter the tablet market at some point.

Ultrabooks, by contrast, are coming in at higher prices of around $1,000, plus or minus a few hundred dollars. Leslie Sobon, vice president of worldwide product marketing at rival Advanced Micro Devices, says she doesn’t think Ultrabooks are priced right and are adding a few hundred dollars to the cost of a laptop. AMD is shooting to provide chips for lower-priced laptops.

Over time, the netbook category could get squished as prices for tablets and Ultrabooks come down.