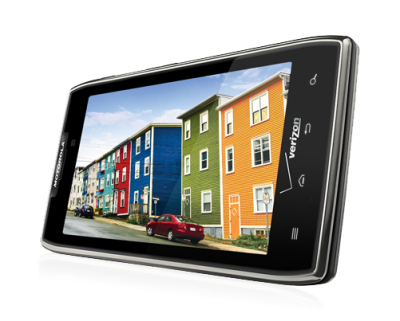 It’s an unfortunate truth: if you want a phone that will last all day, get a dumbphone. Smartphones aren’t designed to last all day, and as the features and uses increase incrementally, the battery life has stayed a consistent not long enough. Business and power users know this all too well – it’s one of two reasons why too many of us carry around two phones at all times.

Motorola may have just solved that problem. The award-winning Droid Razr (and one of Venturebeat’s most interesting phones of 2011), the thinnest Android smartphone available today, will now come in two models, standard and Maxx. The Maxx variant is much thicker than the 7.1mm at 9mm (for comparison, the iPhone 4/4S is 9.3mm thick), and the giant 3300mAh battery fills that extra 1.9mm of space. The largest competing smartphone battery found at CES was in the Samsung Galaxy Note, a 5.3″ phone tablet, with a 2500mAh battery. 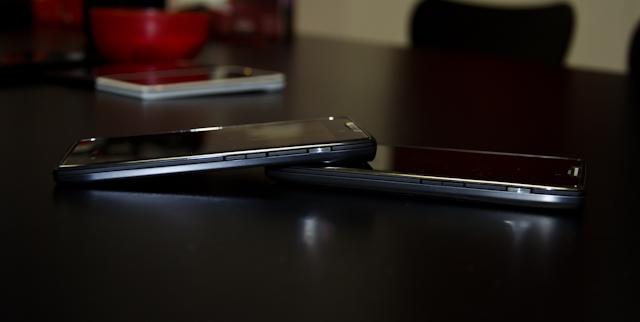 The repercussions of such a device are far reaching. Motorola claims exceptional battery life, with 21.5 hours of continuous talk time, 15 hours of native video playback, 10 hours of GPS navigation, and 6 hours of HD streaming over Verizon’s LTE network. That is nearly double what competing high-end smartphones can achieve. With the 3pm charging session now in question, there’s no doubt that the Droid Razr Maxx may be the most important handset for business and power users this year. It may set them free to carry one phone around, perhaps for good.

If the Razr Maxx sells well – and I expect it will because everyone has a black hatred for constantly charging their phones – it may provide the kick for companies like Samsung and Apple to stress battery life on phones for true full-day use. Everyday consumers may not require extended batteries, and some handset makers like Apple have whole businesses which revolve around accessorizing their phones with battery cases, additional chargers and batteries, etc. The Razr Maxx will give Motorola a competitive edge in this way, eliminating a number of hidden costs for consumers while simultaneously providing today’s top of the line phone hardware.

At CES I had some time to play with the Razr Maxx, and in the hand it feels bulky and thick, but still comfortable. The kevlar back is only slightly different from the Droid Razr, and thickness is the only real difference. Instead of the phone thin everywhere but the camera, it has uniform thickness. And because the Razr Maxx is identical in every other way to the Droid Razr, it is practically the same phone. Other upcoming phones, like the Nokia Lumia 900 and Sony Xperia S, can only boast 7 and 8.5 hours of talk time, respectively. Compared to 21.5 from the Razr Maxx. For any phone competing on battery life, the Razr Maxx wins, no contest. The Razr Maxx does look and feel bloated and lacks the sleek design of the Droid Razr, but I’ll take battery life over look and feel any day of the week. Do keep in mind that even at 9mm of thickness the Razr Maxx is still very, very thin.

There is only one major setback, and that is the Maxx shipping sans Android 4.0. No date has currently been given for the update, and the Maxx will ship with Android 2.3.5. The announcement of the Droid Razr Maxx also comes with a lower price for the Droid Razr, which will ship for $199 instead of the current $299 with contract. The Droid Razr Maxx will release in the next few weeks, pending Verizon’s release schedule, for $299 plus 2-year service contract.