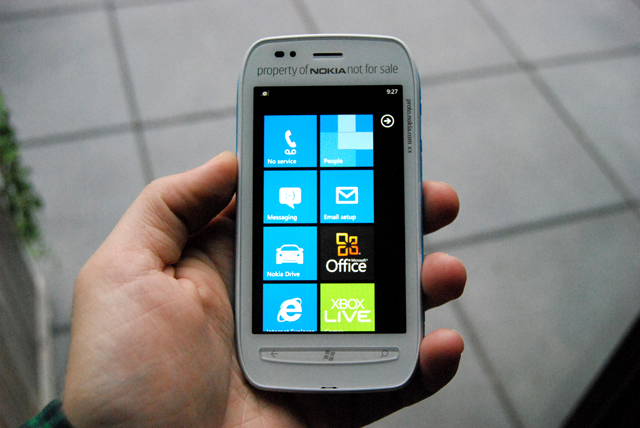 That was quick. Just days after its introduction on the U.S. market, Nokia’s least-expensive Windows Phone, the Lumia 710, is being sold for free with a 2-year contract at Walmart stores.

Nokia and Microsoft made a huge push last week at the Consumer Electronics Show with their Windows Phone offerings, and the upcoming Nokia Lumia 900 even topped our list of 10 most promising products revealed at CES. But the first Nokia Windows Phone in the U.S. is actually the Lumia 710, which we got our hands on back on in late October.

The Lumia 710 costs $50 with a 2-year contract direct from T-Mobile, but if you go to Walmart it’s free with a contract. Some might think this a sign that Nokia is already in trouble with its new smartphone, but I think it’s actually a good thing. By making the device free, Nokia can get more consumers to give it a go and spread the word about Windows Phone.

The Lumia 710 runs the Widows Phone Mango OS and offers a 3.7-inch screen, a 1.4-GHz single-core processor, 8GB of internal storage and a 5-megapixel camera. From playing with and testing the device, I thought it didn’t quite stack up to a top-tier Android phone or an iPhone 4S.

But if I had to choose between the Lumia 710 and some cheap-feeling free Android phone, I would be tempted to go with the Lumia. In my experience, free Android phones are often garbage. And our own Executive Editor Dylan Tweney has had so much trouble with his cheap Android phone that he thinks Android hates him.

Would you be willing to give a free (with contract) Windows Phone a spin?