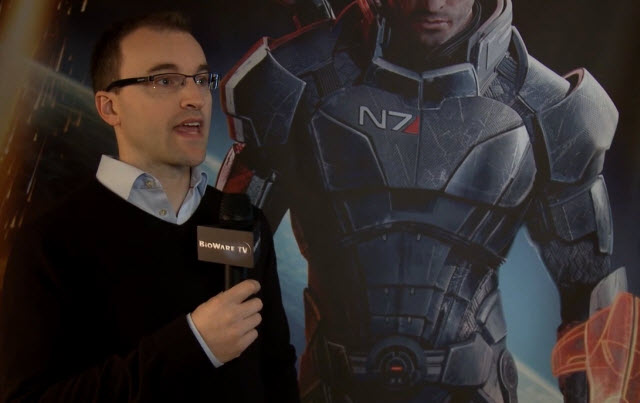 Aaryn Flynn has a lot riding on Mass Effect 3, the sci-fi shooter and role-playing game that debuts on March 6. Flynn is general manager of game developer BioWare‘s studios in Edmonton and Montreal in Canada, and his teams have been in charge of one of the biggest games of 2012. 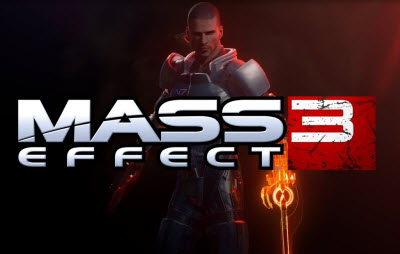 If it’s a hit, Electronic Arts, the parent company of BioWare, will reap the benefits with sales of millions of copies at a time of the year when game sales are relatively weak. Hey, no pressure.

We had a chance to sit down with Flynn at the preview of the game at a press event near the Consumer Electronics Show in Las Vegas. The sci-fi title wasn’t disappointing. It is the third game in a series where the Earth and all of humanity is threatened by a galaxy-wide invasion of beings known as Reapers. The game has cinematic visuals, a deep story, and — something that’s new this time around — voice controls through Microsoft’s Kinect motion-sensor for the Xbox 360 game console. Flynn, of course, says it’s the best game in the series, as the entire galaxy is in a state of war.

Here’s a transcript of our interview with Flynn.

GamesBeat: Tell us about your role.

Flynn: I’m the studio general manager for BioWare’s Edmonton and Montreal studios. Both of them paired up to create the game. Edmonton has always done the Mass Effect series and we added Montreal during the development of Mass Effect 2. It was a new place to draw on creative talent. That team has grown to more than 60 people and they are all part of the Mass Effect 3 team. 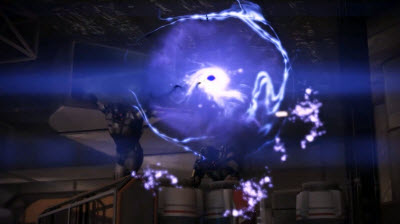 GB: So what has it been like doing the development of this series?

GB: How far back did you start to think about integrating Kinect?

Flynn: It’s been about nine months for Kinect. It launched during the middle of the development of Mass Effect 3. After it came out, I was playing Kinect with my kids. Microsoft reached out and asked what BioWare could do with Kinect. We started working with Microsoft and hit upon this idea of voice recognition as something that would be technically feasible to do. Kinect has a good applications programming interface for this. It really fit into what we were trying to do. It was authentic to the experience. Mass Effect has squad mates. It has a system for conversations. And speaking in voice seemed to be the right thing to do. It worked with the brand. It all worked out.

GB: What about the gesture side of Kinect? Did you experiment with that? 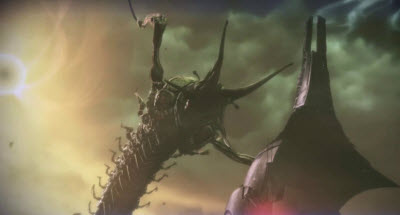 Flynn: We looked into it. But unfortunately, it has a lot more technological requirements. We also weren’t sure the gestures fit in with the authentic experience. The good news is voice worked out very well.

GB: Couldn’t you have done something minimal like using your arm to throw a grenade?

Flynn: The technology was a barrier there so we discounted it pretty early.

GB: It seems like reaction time is very quick with the voice commands.

Flynn: Yes it is. I don’t know what the actual timing is. The Kinect software is quite good and so it does pick up on what you’re saying very quickly. Mass Effect 3 is a very responsive game, so it can respond quickly to that verbal command and turn it into a command that the game can execute.

GB: You’ve played the game with and without Kinect. Can you actually play faster with Kinect?

Flynn: I’m not sure you end up playing faster or slower. It’s more about what suits the player. There are those people who are very quick with their fingers and love to pause the game and go into the menus. They set up their commands. Then are those who are more focused as Shepard and want to be immersed in the action as they issue commands to their squads. It’s another way to play it.

GB: Is it a fixed vocabulary or a large one for the voice commands?

Flynn: When a character has a specific action that is important to that character, we have to create a unique command for that character. The nice thing is that with Kinect, you can chain your commands together very nicely. So while one is doing something, you can have the other character do something else. You can build a tree of complex commands, and that is quite immersive. We have dozens and dozens of commands. We’ll publish a list at some point.

GB: I think I recall that voice recognition works better with a fixed list of commands.

Flynn: Technologically, there is a list of commands in the game for sure. But we are looking for fan feedback to see what the players like to do.

GB: Wouldn’t it be interesting if you could change the names of the characters?

Flynn: That might be interesting. I think what it would come down to is that we would have to work with Microsoft on that. But that’s the kind of feedback we like to hear. When the game gets out, we can respond.

GB: Is it as long as the other games?

Flynn: Oh yes. It’s at least as big. I would hesitate to put a number on hours of game play, because you can play it any way you like. It’s probably bigger. There is more to do. There is multiplayer mode. We brought back the role-playing game elements. You can have a lot of fun customizing your armor, weapons, and your character. You can enjoy how your character will be more and more unique.

GB: The overall message is that the game is faster action and more shooter-like? 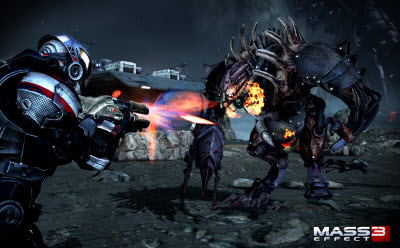 Flynn: I wouldn’t say that. I would say the action is intense because the story setting is intense. The entire galaxy is under threat from this Reaper invasion. I can’t imagine a more intense backdrop than the entire galaxy being at risk. That has given us the chance to do amazing set pieces, like the green thresher maw (a big monster) attacking a Reaper. There are lots of those things in the game. The Atlas is one of the bigger enemies we’ve ever had in the game. By bringing back the RPG elements from the first game, it is more customizable and deep. The story is just amazing. There are more human, emotional stories. We’ve had a lot of fun doing that. You realize how much emotion is wrapped up in this kind of environment when things are falling apart.

GB: It seems like Kinect enables you to play faster?

Flynn: In that sense, that’s correct. A lot of players will find they can control Shepard and don’t have to pause the game. It’s more fluid and immersive.

GB: So you can get rid of the command wheel entirely?

Flynn: Certainly you can do that. I haven’t had to do it because I can use verbal commands all the way through.

GB: Tell me about trying to wrap this game up.

Flynn: The team is very hard at work. When the series was imagined a decade ago, it was imagined as a trilogy. The first two games were the building blocks for this big game. To be on the cusp of closing it out is quite a feeling. It’s an amazing moment because we’re thinking about whether people will like it and what kind of feedback we will get. The team is putting everything they’ve got into this game.