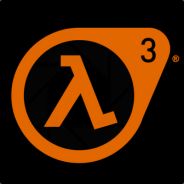 Given the recent news that Bandai Namco is listening to the folks petitioning for a PC version of their hit game Dark Souls, It’s only natural that more press is given to grassroots efforts from gamers. This one is interesting though, because it doesn’t really call for the release of a game, just better communication.

A group has formed on the social network portion of Valve Software’s Steam gaming service. They call themselves, “A Call for Communication (Half-Life).”

Half-Life is the 1998 first-person shooter that launched Valve into the games industry, where it is now a key player. Valve released Half-Life 2 in 2004, then released two downloadable “episodes” later. The last episode saw release in 2007. Valve went on record saying that more information would be available in 2008, but nothing ever came.

Frustrated with the lack of any official communication of any kind, the group sums up their mission in one sentence:

“Your oldest and longest running fanbase would like better communication.”

The group goes out of their way several times to clarify that this is not an attack on Valve, or a call to release the next Half-Life game as quickly as possible. They just want to know (politely) what the hell is going on.

On the one hand, this seems reasonable. Valve has released 4 games since the last Half-Life game, with two more non-Half-Life titles (Dota 2 and Counter-Strike: Global Offensive) in development.

Every time Valve teases a new game, optimistic fans flood forums with Half-Life 3 speculation, until the realists come in and harsh their collective buzz 15 minutes later. Valve has acknowledged every mention of the next Half-Life with the PR equivalent of a playful shrug, or the more common standby, “no comment.”

On the other hand, Valve is an independent company. They are not beholden to investors, a publisher, or any strict release schedule. Secrecy and carefully coded game reveals have always been their thing too, so I would think that even a blunt, “we’re working on it” would be too much for Valve.

With game companies getting more and more social about their projects on Facebook and Twitter, fans expect to know more about the plans of a game company than what Valve is used to.

The Steam group’s purpose is admirable, and I support it, but I highly doubt that it will result in a peep from Valve.