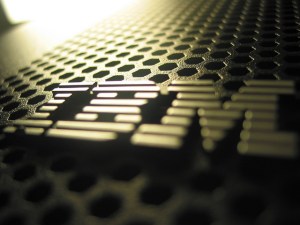 The corporate IT supplier saw gains in its core areas. IBM’s services and software categories were up 3 percent and 9 percent respectively in the fourth quarter. The company’s hardware revenue, however, was down 8 percent year-over-year.

“We had a strong fourth-quarter performance, capping a year of record earnings per share, revenue, profit and free cash flow,” newly appointed IBM president and CEO Virginia Rometty said. “We delivered outstanding results in all four of our strategic initiatives for the quarter and the year, as we continued to realize the benefit of our long-term investments in growth markets, business analytics, Smarter Planet solutions and cloud. We are well on track toward our long-term roadmap for operating earnings per share of at least $20 in 2015.”

The market reacted with a calm and collected response to Big Blue following the earnings report. IBM shares closed at $180.52, but the stock price has been in flux in after hours trading. Shares have surged as high as $185.28, up 2.64 percent.