You’re likely a little sick of hearing about SOPA by now. I know I’m sure as hell tired of writing about it. But yesterday, everyone from Google to Wikipedia protested the highly controversial bill, commonly resulting in a blackout of sites frequented daily by millions of users all around the world. It doesn’t matter how big of a rock you live under; if you didn’t know about SOPA before, you know about it now. I spent an hour last night in my bedroom talking about SOPA to Fiorello LaGuardia and he’s been dead for sixty years.

So just as you and all your hipster Internet buddies may be moving on to the next thing, mistakingly thinking that SOPA is dead and buried simply because President Obama said he would not support it in its current state, there’s countless more people only now awakening to the threat. And they’re all wondering, “What the hell is SOPA?” They may also be wondering, “Do you pronounce the other one ‘pippa’, or “pipa’?” but let’s just stay focused on one thing at a time.

Since there’s already an encyclopedic abyss of SOPA-related rants, news, interviews, and video games out there, I thought I’d wrap the general idea all up into a cute little infographic, with the help of designer Lorena Guerra.

Note: This may or may not reveal my slightly biased, personal stance on SOPA, and is not necessarily that of VentureBeat’s as a whole. 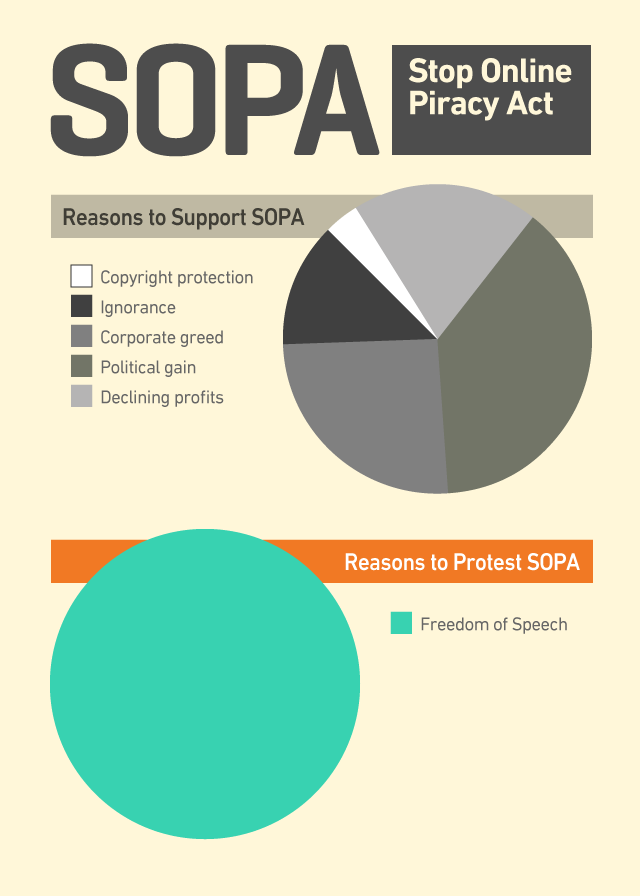