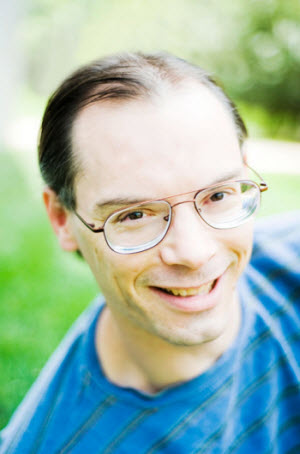 Tim Sweeney is one of the gods of 3D graphics in video games. He is the founder and chief executive of Epic Games, the maker of blockbuster video games from Unreal to Gears of War. At the upcoming 2012 D.I.C.E. Summit in Las Vegas, Sweeney will be inducted into the Academy of Interactive Arts & Sciences Hall of Fame and he’ll be giving a talk for the first time at the exclusive industry event. Sweeney has led Epic Games for more than two decades and is the technological wizard behind the company’s industry-leading 3D graphics. Not only does Sweeney enable Epic’s designers to create some of the coolest games, which are catalysts for creativity that inspire the rest of the game developers. He also built the Unreal Engine, which Epic licenses to the rest of the game industry, raising the overall graphics quality of many games. Sweeney has led the company in its transition from PC game maker to console game maker and has helped it expand into iPhone and iPad games. Sweeney is a shy programmer, until you get him in a discussion about what is right when it comes to a technology decision. He is an advocate of open technology, and he has played a big role in pioneering 3D graphics. At Raleigh, N.C.-based Epic, his job is to see the future of games and create the technology that will deliver it to consumers’ living rooms with the highest fidelity. We’ll be covering his award ceremony and talk at the Dice Summit, which takes place Feb. 8-10. Meanwhile, we were able to interview him recently. Here’s an edited transcript of our interview with Sweeney.

Gamesbeat: We wanted to do a little session about “This is your life” and capture some remembrances about your career. What was your reaction when you heard you got this award?

Tim Sweeney: I was really impressed. John Carmack was the first tech guy to receive this award and that was a big event in the industry. He has always impressed me from Wolfenstein 3D (one of the first fast-action 3D games on the PC) to everything. I was impressed that I would be recognized for my contributions to the industry. I have done some cool things but certainly I didn’t create an industry like Carmack did. I was really honored to be considered for it.

GB: You’ve always been one of the people at Epic who has been in the background. You’ve got some other colleagues who do a lot more of the talking.

TS: (laughs) Yeah well some folks actually talk a whole lot more than me so I’m grateful for the people like Cliff Bleszinski. He talks about our games and Mark Rein talks about our business strategy. I’m the shy programmer myself.

GB: So that fits with your style. You’ve always been that way?

TS: Yeah. I really take pride in the approach and especially the technical aspect of the work these days. Whenever there is somebody at Epic who is capable of doing something better than me, I let them at it. Starting from the early days where I did everything myself, I have seen my responsibilities diminish one by one as we brought on better people in all areas like game design, management, and art work. My experience with Epic is handing off more and more power to the point where I can just sit back and look at our strategy or technology. I provide guidance without being responsible for any particular part of the company. 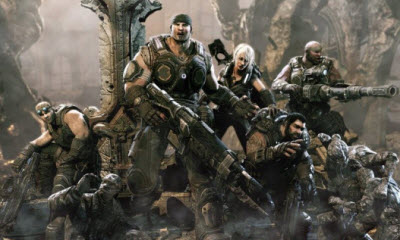 GB: But I guess you’ve retained that CEO title over two decades. What does that mean? Are you like a traditional CEO in that sense or are you different in some ways?

TS: Oh gosh. My role is more like a chairman and founder. I am used to overseeing the company’s heritage and our strategy. The CEO role is really divided between (president) Mike Capps, who runs development and marketing, and Jay Wilbur, who runs sales and the business side of Epic. They are both world-class managers. I only take on about 10 or 20 percent of the CEO duties.

GB: What is your focus now then? The technology direction is definitely one of those things you do?

TS: I do three things day-to-day. Epic strategy is about what kind of business we are, what platforms we are supporting, how we are prioritizing engines or development. I help direct the long-term direction of our strategy and technology. In the last decade, I really shifted into the technology side. I wrote the first generation engine and I have never seen the engine since. Especially now. We are working on our next generation of engines and our future hardware. We have a lot of decisions to make about future hardware, editor tools and other features like that. I have been heavily involved with that. And I still do a lot of programming for the research into what our long-term goal is. I still do a lot of external projects with rendering or programming languages. I don’t have any day-to-day programming responsibilities on our engine itself.

GB: So now you’re sort of setting the direction for the engine creators to pursue?

TS: Yeah. Gosh wave about 45 people who are contributing to our engine programming and so it’s a big team. If I were to come in and dabble in that, I would create more trouble than good with the project of that magnitude. Once you get to that size, it takes some serious management. We have a director of engineering that oversees all the programming and certainly he’s responsible for a particular project and features of the engine.

GB: So what, how do you do something like figure out where graphics can go next? If you look at something in a scene, and study how good it looks, how do you figure out how it can look better?

TS: We think really long-term at Epic. Once you get a piece of hardware like the Xbox 360 or the PlayStation 3, it’s up to the individual engineers to figure out how they can push it. But the really important thing that we do long term is work with the hardware manufacturers like AMD, Nvidia and Intel and really talk deeply about their long-term roadmap. Not just what’s coming next year but what’s coming out in two years, five years from now. Where is the industry going to max out? We give each other a lot of feedback and can have considerable impact on their direction.

GB: Yeah I remember that back to the original Xbox where co-creator Seamus Blackley was consulting with you pretty regularly.

TS: One of the cool things about being a leading engine developer is that the hardware guys want to talk to us about long-term plans so we are in sync. The development of the Xbox was a great thing and we have talked with Intel about their long-term CPU and graphics plans. The same with Nvidia. They are really valuable relationships. We run our engine a lot like a hardware company runs its products. At any moment, we are shipping product and we are also programming things that aren’t going to ship to consumers for three to five years. It’s a multi-dimensional effort. It really puts us out ahead of other developers who are working from project to project. That is one of the things that makes Epic unique in the game industry. 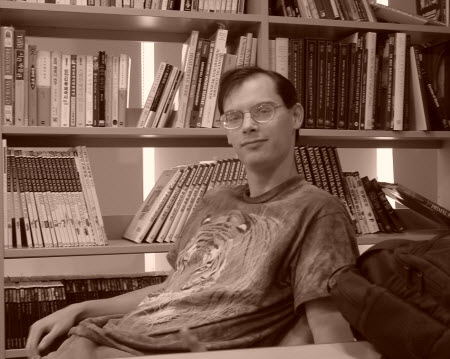 GB: You haven’t been shy about voicing your opinion with this guys as well. Like I remember with the Xbox, you were very involved in the choice of the graphics chip. With the Xbox 360, you wanted more main memory in the system. That kind of stuff really matters and that’s where you’re not shy about confronting them when you need to.

TS: Oh yes absolutely. We sometimes take controversial positions when talking to the partners. With each generation, we think really deeply about what it’s going to take to fundamentally distinguish it from the previous generation. We don’t want it just twice as good. We want it dramatically better. We fight really hard with our partners to get there. We do our part on the software side.