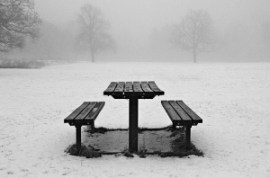 Looks like the picnic is officially over. Google announced today on its blog that it will be retiring the picnic-themed photo editing service Picnik in April of this year.

The news comes about a week after Flickr announced it will be dumping Picnik, which now seems like foreshadowing of the news that was released today.

If you use Picnik for your editing needs, you can download your images as a zip file with Picnik Takeout for the time being. You can also  move your photos over to your Google+ page until the service shuts down on April 19.

You can still use Picnik to edit images for the next few months and Picnik premium is completely free until the site shuts down. Current premium account holders will receive a full refund of their subscription costs.

Google will also be laying a few more services to rest as a part of its New Year’s resolutions. Google Message Continuity (GMC), Needlebase, and Urchin will all be retired this year. Google Message Continuity is an email disaster recovery service for enterprise customers that has been slowly replaced with Google Apps since it was acquired by Google. Customers will be able to continue to use GMC until their contracts end, and will be encouraged to make the switch to Google Apps afterwards.

Needlebase is a platform for acquiring, analyzing, and publishing data to the Internet. Google will kill off the service at the beginning of June and may integrate its features into other Google products. Urchin, which Google acquired in 2005, will shut down in March 2012. The service helped businesses manage their web traffic and marketing with analytics.

Picnic table photo via KTDEE….popping in and out /Flickr