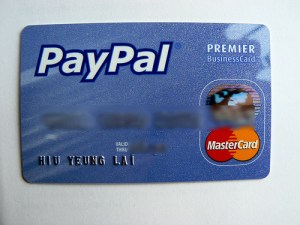 Not content with having conquered online payments, PayPal is expanding into real-world stores. The online e-commerce company has decided to expand by allowing shoppers to pay with its service in more than 2,000 brick-and-mortar stores by March.

Partnering with The Home Depot, PayPal tested its state-of-the-art Touchstone technology in over 51 store locations. Customers are able to pay by just entering their mobile number and PIN or swiping a PayPal credit card at checkout.

“We’ve reached a critical milestone in PayPal History,” said West Stringfellow, PayPal Emerging Opportunities in a press release from eBay. “The Home Depot is our first major stride in bringing the PayPal vision to life.”

PayPal’s expansion into the offline world could mean competition for Visa and MasterCard. Last year, the company boasted over 350 million users, which surpasses the number of credit card holders for both MasterCard and Visa respectively.

PayPal has additional plans to team up with ABJ Software and partner with other “large and mortar retailers” in the months ahead.