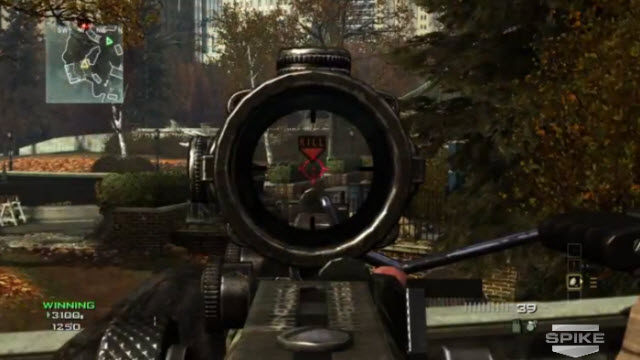 Activision Blizzard unveiled two new multiplayer maps which will be the first downloadable content for Call of Duty Modern Warfare 3.

Downloadable content is becoming more and more popular and the release of Call of Duty content is so big that it probably generates as much revenue (in the past, map packs sold for stand-alone prices) and gives players a reason to subscribe to the Call of Duty Elite social network service, which offers free DLC to paying members. And by bombarding players with DLC every month, Activision can keep players in its game on a year-round basis, giving no breathing room to rivals that want to launch their own games and steal away Call of Duty players.

On GTTV with Geoff Keighley, Activision showed off the first two content drops for Modern Warfare 3, which has become the best-selling video game of all time. The new maps will launch on Tuesday, Jan. 24, and Keighley got the scoop from Robert Bowling, creative strategist at Infinity Ward. Bowling said the first map is Liberation, which is set in a militarized Central Park in New York. It has long sight-lines for snipers and is good for team games like Domination. It has a couple of gun turrets on either side of the map. That lets you hold down locations better.

The other map is Piazza, set in an Italian seaside village. It has tight corridors and is a vertical map, where you fight up a series of stairs and multi-story buildings in the hillside town. You have a lot of flanking maps. Bowling said that there will be monthly DLC content all the way through September, with new kinds of game modes and other content as well, Bowling said.