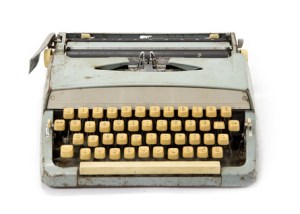 As a CEO of a startup, my online voice – a blog called Greg’s Corner — is the place where I share my company news, try to differentiate myself from competitors, and showcase the value I’m offering. But until about a year ago, my online voice wasn’t saying much.

I knew what I wanted to say in these posts but I struggled to find the right words to express my thoughts. I knew my blog needed an objective — a common thread between my posts that would drive home the bigger message. But finding the right chemistry between that objective, the words on the screen, and the tone and attitude that would define my voice was no easy task. Increasingly, it took more time and effort than my schedule allowed.

So I hired a journalist.

Actually, he’s a former journalist; a longtime beat reporter and editor who has worked for some high profile publications and is pretty well-respected for his expertise. Unlike many of his newspaper colleagues, he was not handed a pink slip. Instead, he walked away from a journalism gig that was both high-profile and frenzied, and launched a business that offers “content strategy” services to companies looking to enhance their online voices. I was one of his first clients.

Now, he and I collaborate regularly on my blog posts and other writing projects. We’ve developed a objective that centers around positioning me as an expert on safe online marketplaces. He reigns me in when it comes to tooting my own horn. He helps me practice some restraint and diplomacy when I feel compelled to blast my competitors. He makes sure that I’m not just repeating headlines but focusing my thoughts around particular news events.

More importantly, he’s charging me a fraction of what a PR firm might charge me for a bunch of other services that I might not really need. Because he’s juggling a number of other clients, he’s not devoting 40 hours a week to my blog strategy and content, and that’s OK with me. My blog is an important part of my business but it’s not a full-time element.

We’ve agreed that payment by-the-hour or by-the-word isn’t a good approach for us. Neither of us is interested in watching the clock or counting words. Instead, we have agreed upon a flat-rate price for a set number of posts, an approach that ends up costing me hundreds of dollars of per blog post instead of tens of thousands of dollars per month to retain a PR firm — not that a PR firm could even offer such expertise without former journalists on its staff.

Granted, I could have hired some random freelance writer to help me blog, but I’m getting so much more with a traditional journalist on my team. Our conversations are filled with insight into the news business. He knows how newsroom editors think. He knows how to lure readers into online discussions. He knows which topics will spark some buzz and which ones will generate yawns. And yes, he says, headlines matter.

From what he and I have been able to find, relationships like ours are pretty unique. We’ve heard of only a few instances of companies turning to former journalists to help them develop content for their sites, and most of that is project-based, instead of ongoing. We’ve also found — anecdotally, mind you — that journalists aren’t necessarily out there hawking their skills and going after business relationships with companies.

Truth be told, many of them don’t recognize how much they bring to the table when it comes to meeting business needs. Journalists have made careers out of gathering information and then using words to clearly explain, inform and educate other. They become experts in their beats. And yet they aren’t big on selling themselves or their expertise.

A working journalist who covers the same field isn’t usually available to be hired by a company like mine, due to ethics and and the need to avoid anything that might compromise those values. However, media is a tough industry, and some writers are looking for a career shift into new fields where they can get paid to apply their journalism skills.

The good news for these people is that companies outside of the news business are starting to recognize what they bring to the table. In the long run, as they put their hands on more content outside of traditional news outlets, the core values of journalism — along with some quality writing — could seep into this new, expanded blogosphere, raising its credibility and eventually changing the perceptions around blog posts as forms of journalism.

Greg Collier is the founder and CEO of Geebo, an online classifieds site. He is a California native who now lives in McLean, VA with his family.