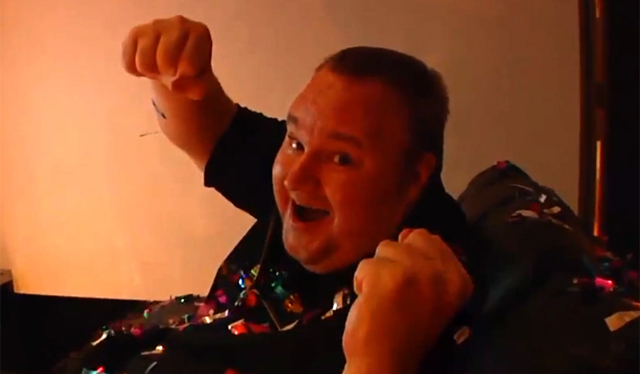 Not only was Kim Dotcom on the top of the list of the FBI’s list of alleged digital content pirates, he was also apparently known as MEGARACER, the No. 1 player worldwide in Call of Duty Modern Warfare 3 multiplayer.

A few weeks ago, Dotcom, who was born Kim Schmitz, posted a video that showed him taking the No. 1 position in Kills and No. 1 in Leaderboards in Modern Warfare 3, which is the best-selling video game of all time.

[Update: Dotcom has fallen to No. 2 now]

It’s an odd fact that Dotcom, who was the founder of recently indicted file-sharing company Megaupload, was the top player in a game for which he was also possibly the top pirate. Last year, Modern Warfare 3 was the second most-pirated game, according to the BitTorrent blog. Modern Warfare 3 discs were out in the wild, being pirated and uploaded to the web even before the Nov. 8 launch of the game. The game still sold a reported 15 million copies, and clearly Dotcom had a purchased copy, or else he would likely have been kicked off the online game play. Getting to the No. 1 spot amid so many players is a major feat.

Dotcom reportedly has assets worth $175 million, thanks to his Megaupload business, which feds said made most of its money from illegally distributing copyrighted video and audio. He was arrested in Auckland, New Zealand, last week as part of a major sting against Megaupload. His assets included a Rolls Royce, numerous Mercedes-Benz cars, cash, and many guns. And apparently he was so rich, he had plenty of time to become a master of Modern Warfare 3.

In the video below, MEGARACER celebrates as he takes the lead, noting he has more than 150,000 kills. The time-lapse video shows him winning match after match until he gets to the No. 1 rank. A cake shows the word MEGARACER in the shape of a “1,” confetti blasts, and friends cheering as he takes the top spot. He says, “Fuck man! No. 1.” Then the following words appear on the caption: “Don’t hate me because I beat you. Respect me because I teach you. :-).” It’s too bad he got arrested, as there is a new map pack coming for Modern Warfare 3 on Tuesday.

One of the lessons: if you’re going to run a business that gets you in trouble with the feds, you might not want to lead a quantified life online.

Here’s Dotcom’s video showing him take the No. 1 spot as MEGARACER. The video was posted on New Year’s Eve. If Dotcom is going to jail, it might be quite painful for him if he isn’t allowed to play video games. [Update: Kim Dotcom tweeted to us, “@deantak @techmeme IM ALSO PRETTY GOOD AT MARIO KART. #FREEKIMDOTCOM.”]