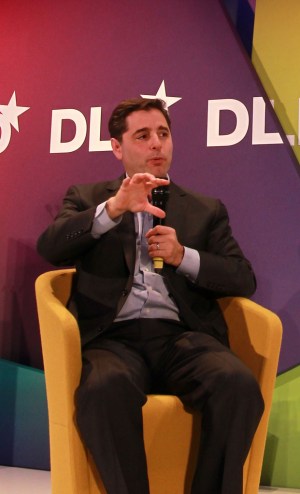 The Stop Online Privacy Act and the Protect Intellectual Property Act may be on hiatus, but what’s really at stake are two equally critical values that don’t necessarily have to be in opposition of each other, Federal Communications Commission chairman Julius Genachowski stated in a fireside chat at the Digital Life Design conference in Munich today.

PIPA and SOPA would give the U.S. government and copyright holders the authority to seek court orders against foreign websites associated with infringing intellectual property. Following a widespread online protest from prominent web companies, authors of both pieces of legislation have decided that the bills need to be reworked before being put to the House or Senate for vote.

When asked about SOPA, Genachowski narrowly avoided disclosing whether he was pro or anti SOPA, but said that the vital importance of preserving a free and open Internet does not have to be at the odds with legislation that ensures effective mechanisms are in place to enforce intellectual property.

This wishful-thinking viewpoint is in direct contrast to Y Combinator creator Paul Graham’s recent call for the death of Hollywood.

“Hollywood appears to have peaked. If it were an ordinary industry (film cameras, say, or typewriters), it could look forward to a couple decades of peaceful decline,” Graham said. “But this is not an ordinary industry. The people who run it are so mean and so politically connected that they could do a lot of damage to civil liberties and the world economy on the way down. It would therefore be a good thing if competitors hastened their demise.”

Genachowski, however, hopes that engineers and Internet entrepreneurs can work together with IP rights holders to figure out a way to preserve the open architecture of the web and give content creators the projection they’re entitled to. He did not elaborate on how a compromise between the two dissenting parties could be achieved.

Genachowski also talked at length about the FCC’s mission to free up more wireless spectrum, echoing the statements he made at the Consumer Electronics Show in Vegas. The largest need for change in regulatory policy is mobile and spectrum, he said. The demand generated by smartphones and tablets is going up 35 fold a year, but the supply of spectrum has stayed essentially flat, he added.

The chairman is advocating for a two-sided auction system, as previously laid out, that would allow spectrum holders to exchange spectrum they’re not using in exchange for proceeds. The FCC would realign the spectrum, free it up and put it on the market in auctions that could generate up to $25 billion in profits.

The U.S. is ahead of most of the world in rolling out 4G and will be the first country where the spectrum crisis will hit, but every country will face this problem, he warned.