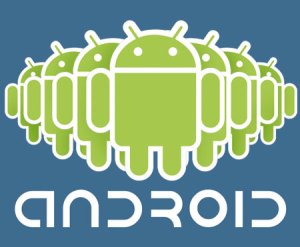 While Android has for sometime been outpacing iOS on the consumer side in terms of growth and market share, developers have still clung to iOS for building new apps.

However, new research shows that 2012 might be the year that changes.

According to research and analysis firm Ovum, developers will start thinking of Android as more important than iOS for development projects and apps in the coming 12 months.

“A smartphone platform’s success is dictated not only by the pull of consumers and the push of handset vendors and mobile operators but also by a healthy economy of applications delivered by third-party developers,” said Adam Leach, Ovum’s devices and platforms practice leader and author of the research, in a release.

“Therefore, it is important for all players in the smartphone ecosystem to understand the choices developers are making today and the downstream impact of those choices.”

In its second annual developer survey, Ovum also learned that developers have a strong interest in the Microsoft Windows Phone platform, which has seen some interesting consumer-side activity, and in developing for BlackBerry devices.

Mobile development in general is the single largest area of interest for devs, with a full 66 percent of developers in a recent survey saying they planned to work on mobile projects in 2012.

However, the split between operating systems has been decidedly in Apple’s favor since the dawn of the smartphone age.

Research published late last year showed around 73 percent of apps created in Q4 2011 were for iOS devices, while Android devices only captured around 27 percent of apps. And that uneven split was more in Apple’s favor than just three quarters before, when the figures were 63 percent for iOS and 37 percent for Android.

Of course, all this is driven by money; and while some research suggests that iOS apps make more money, Android advocates tell another story.

In a recent op/ed on VentureBeat, ad network CEO Dale Carr wrote, “Click-through rates on iOS are more than double what they are on Android, but the cost per thousand is only 30 percent higher. This would indicate that Android developers are getting more bang for each click.

“Combine this with another recent statistic that Android generates twice the ad impressions of iOS, and you have Android earning more in real dollar terms from ad revenue.”