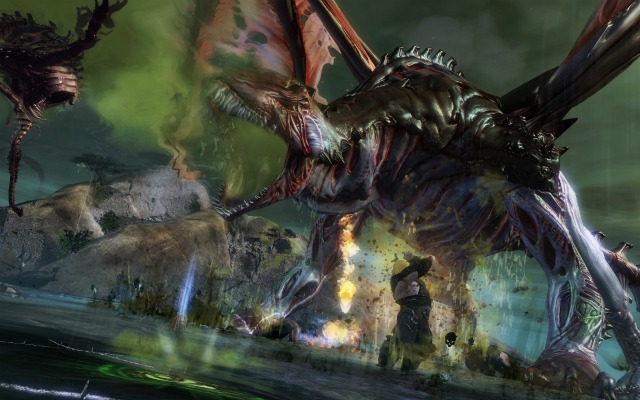 Today marks the beginning of the Year of the Dragon according to the Chinese Zodiac and, to celebrate, video game developer ArenaNet has confirmed that its highly-anticipated massively multiplayer online role-playing game Guild Wars 2 will launch sometime this year. It will be a big test in launching a huge online game without monthly subscription fees.

“According to tradition, the dragon embodies passion, independence, and ambition. We think it’s a perfect analogy for what we’re trying to accomplish with Guild Wars 2,” writes ArenaNet Founder and President Mike O’Brien in a blog post. “We’re a company full of MMO and RPG fans, and we’ve set out to fundamentally rethink how you deliver an RPG experience online. So this year, the Year of the Dragon, let’s usher out old thinking – the tired old quest model, stiff repetitive combat, and monthly fees – and usher in the new.”

Guild Wars 2 has been in development since 2007. Set in the fantasy world of Tyria, the game’s storyline will focus on the return of the Elder Dragons, who have seized control of the world in the time since the original Guild Wars took place. Unlike its predecessor, Guild Wars 2 will feature a persistent game world and non-human playable races: the warmongering Charr, the shape-shifting Norns, the diminutive and magical Asura, and the plant-like Sylvari. It will also feature an increased level cap of 80 and a dynamic storytelling system that ArenaNet says will allow for different experiences each time you play through it.

What could possibly be Guild Wars 2’s biggest selling point, however, is its lack of subscription fees. Unlike other AAA massively multiplayer online games such as Star Wars: The Old Republic and World of Warcraft, you won’t have to fork over $15 a month once the initial game purchase is made. The original Guild Wars also featured no subscription fees and instead earned revenue through multiple expansion packs. This helped set it apart from its competition and made it a critical and commercial success at a time when the free-to-play business model was relatively new to the Western MMO market.

O’Brien says ArenaNet recently finished its first closed beta test of Guild Wars 2 and is now ready to hold progressively larger events. It will be inviting select members of the press to participate in the beta in February before expanding testing in March and April. Anyone interested in participating can find more information soon on either the official Guild Wars 2 website, the Facebook page, or the ArenaNet blog.