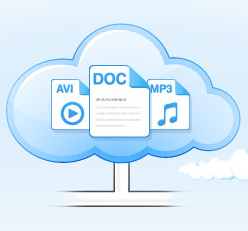 After employees of file-sharing services Megaupload were arrested, similar digital locker services FileSonic, FileServe, and others have stopped allowing users to share the files they upload with others,

The “cyberlocker” provided by these companies is essentially a cloud service that allows people to upload a number of different files that can be shared/downloaded by others for a limited period of time (or permanently for premium customers).  The move to shutter this functionality by FileSonic, FileServe, and others is undoubtedly a response to legal action taken against competing site Megaupload, which was shut down last week under accusations of piracy by the U.S. Department of Justice in conjunction with government authorities from many foreign countries.

“All sharing functionality on FileSonic is now disabled. Our service can only be used to upload and retrieve files that you have uploaded personally,” FileSonic states on its website — meaning you can no longer download any file you didn’t personally add to the service.

Also gone is the affiliate rewards program many of these sites offer. This reward program pays its users a fee for getting other people to download the files that you upload to the site. If you’re a third-party firm that needs to share large files with clients over the internet, a site like FileSonic is a good alternative to e-mail. If you’re getting paid by the number of files downloaded, you can see why some professionals might find FileSonic alluring. However, the same can be said about these reward programs for people who illegally upload copyrighted content (movie, songs, etc.).

It’s likely that many of the most popular cyberlocker sites will suffer a fate similar to Megaupload if they can’t prove that they are legitimately trying to combat piracy. The fact that FileSonic, FileServe, and others have yanked the sharing functionality shows that they probably haven’t done enough in the past. Another competitor, MediaFire, recently told VentureBeat that it isn’t scared of a government takedown because the company doesn’t incentivize piracy the way some others do.

Another cyberlocker site, Uploaded.to, is taking a different approach to ensure that the U.S. government doesn’t shut it down over accusations of piracy. The site recently blocked all U.S. IP addresses, which essentially blocks all U.S. users from visiting or using the site. This might be a temporary solution but eventually it might come back to bite the company.