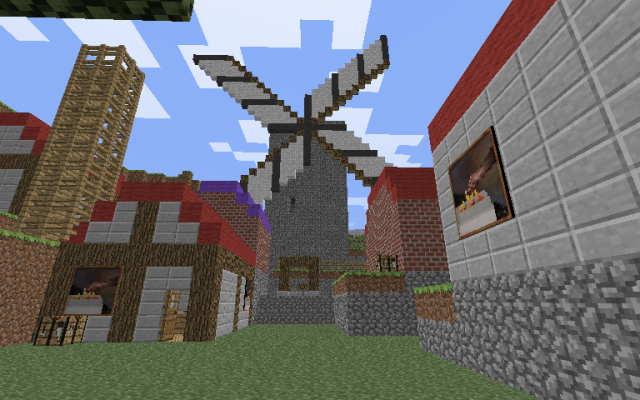 Here’s a story that is equal parts awesome and amazing: some talented and persistent Minecraft fans have built a one to one scale representation of the entire Legend of Zelda: The Ocarina of Time video game on their own Minecraft server. It’s open to the public as a limited time alpha preview; the IP can be found on their website.

In essence, the creators of this immense undertaking have used the mining and crafting tools within Minecraft to represent the game maps, look, and feel of Ocarina of Time. This is only phase one, however, as the website states:

“The HC team hopes to have a completed server ready later this year which will include a unique Minecraft MMO experience including quests, NPCs, dungeons, free build zones, guilds, and more of the classic Minecraft stuff you know and love.”

Ambitious, no? The creators are using custom graphics, called a skin, to present their recreation. My screenshot at the top and int he gallery below are not using those custom graphics, to give you a sense of how they created the town using the basic Minecraft building materials. If you’re interested to see more about the development of Hyrulecraft from the beginning, the team has a weekly video podcast, Hyrulecraft Weekly, here.

Minecraft is an indie gaming sensation with over 20 million registered users across the globe. It’s an open world single or multiplayer game that can be played on Mac, PC, iOS and soon the Xbox 360 console.

The Legend of Zelda: Ocarina of time was originally released in 1998 for the Nintendo 64 platform, with a version later appearing on the company’s GameCube console. It is also currently available as a Virtual Console download on the Wii. 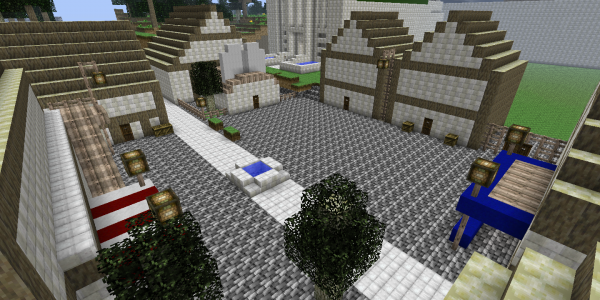