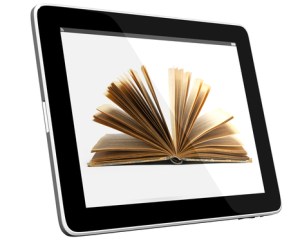 Interactive e-books are a hot business. NBC News is the latest major player to dip its toes into the e-book publishing business, the company announced on Monday.

The new unit, called called NBC Publishing, will exploit NBC’s extensive library of archival video, audio, and text to create interactive e-books, Publishers Weekly reports. The new group will be able to take content from all NBC News properties as well as NBC Sports, NBCUniversal, Universal Pictures, and Telemundo. Currently, it plans to publish 30 books a year about topical issues — think those special issue magazines and books you see in the check-out line at the grocery store. Its first book is slated for February.

NBC Publishing will be led by NBC’s Michael Fabiano, PeterCostanzo from F+W Media and Perseus, and Brian Perrin from Rodale.

The proliferation of mobile devices that can deliver e-books, from e-ink readers to smartphones and tablets, is turning the formerly struggling book industry into an appealing and low-overhead business opportunity for companies with an existing library of material. While text-and-image only e-books have been around for awhile, the ability to incorporate video and audio means a new type of money-making product for TV companies.

Apple’s recent announcement of the updated iBooks 2 reading app and iBooks Author, a tool for easily creating interactive books for the iPad, may have helped ignite new interest in interactive books.