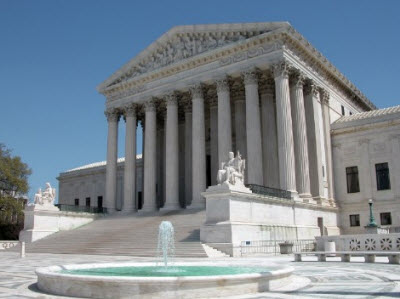 It looks like the law has caught up with technological change. The Supreme Court ruled unanimously today that a search warrant is required if law enforcement agencies want to track a vehicle through the global positioning system (GPS).

The decision means that computer age advances won’t trump the Fourth Amendment protection against unreasonable search and seizure. The case is the first in recent times to deal with the improved technological ability to eavesdrop on people.

The Obama administration had argued that such searches were okay, but in oral arguments the justices made references to George Orwell’s 1984 novel, where Big Brother government could track your every move.

In what was probably a bad admission, the government lawyers said that authorities could put GPS devices on the cars of all the members of the Supreme Court without a warrant.

The case involved Antoine Jones, an alleged drug dealer in Washington, D.C., who was the subject of a warrantless, 28-day GPS surveillance. As a result, the justices overturned the conviction.

“We hold that the government’s installation of a GPS device on a target’s vehicle, and its use of that device to monitor the vehicle’s movements, constitutes a ‘search,’” Justice Antonin Scalia wrote. “Whatever new methods of investigation may be devised, our task, at a minimum, is to decide whether the action in question would have constituted a ‘search’ within the original meaning of the Fourth Amendment. Where, as here, the government obtains information by physically intruding on a constitutionally protected area, such a search has undoubtedly occurred.”

Justices were split over exactly how the Fourth Amendment applies to tracking with high-tech equipment. Five justices led by Scalia said that attaching a GPS device underneath a car was trespassing and required a search warrant. But those justices said the case at hand did not require them to answer whether GPS monitoring of a car with onboard navigation constituted trespassing.

Four justices led by Samuel Alito said that the month-long GPS surveillance in this case amounted to a search requiring a warrant. Those justices believed that, whether or not there was a trespass, long monitoring of a suspect constituted a search.