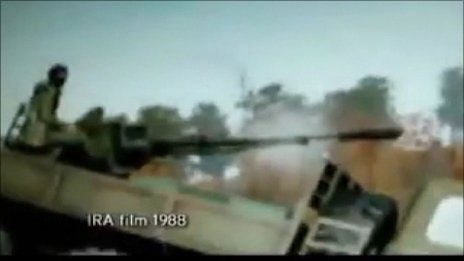 ITV, one of the United Kingdom’s major commercial television networks, has been found guilty of deceptively using video game footage during what it claimed to be an IRA (Irish Republican Army) propaganda video in September, 2011. The final ruling comes from Ofcom, which for us Yanks is the equivalent of the FCC, the same people who call foul whenever there’s a wardrobe malfunction on US television.

The clip was labeled “IRA film in 1988” during an ITV segment called Exposure: Gaddafi and the IRA, but was in actuality a blurry clip of the PC game ArmA 2.

ITV released an official statement: “The events featured in Exposure: Gaddafi and the IRA were genuine but it would appear that during the editing process the correct clip of the 1988 incident was not selected and other footage was mistakenly included in the film by producers. This was an unfortunate case of human error for which we apologize.”

Ofcom, the independent regulator and competition authority for the UK communications industries, claimed that the mistake was a “significant breach of audience trust.”

ITV was also recently accused of (and admitted to) marking riot footage from Northern Ireland–this time involving real people–from July 2011, when in fact it was from a much earlier date.

Ofcom has found ITV in breach of the UK broadcasting code, stating that it is “greatly concerned” with the company’s operations.

Ofcom said there were “significant and easily identifiable differences” between both the riot footage and the video game footage, and that it was “not sufficient for a broadcaster or program maker to rely on footage provided by a third-party source, on the basis that that source had previously supplied other broadcasters with archive footage”.

“We take into account that ITV: apologised; removed the programme from its catch-up video-on-demand service; and has now put in place various changes to its compliance procedures to ensure such incidents do not happen in future,” Ofcom said. “However, the viewers of this serious current affairs program were misled as to the nature of the material they were watching.”

Below is an actual gameplay video from ArmA 2. It’s pretty obvious that the game is hard to mistake for real-world footage (with no offense to Bohemia Interactive), and that the clip used by ITV was clearly doctored to feel more authentic.